The government Monday released agriculture census for 2015-16 that showed a 1.53 per cent decline in total operated area at 157.14 million hectare as compared to 2010-11 data, but a rise in both operational holdings and female participation. 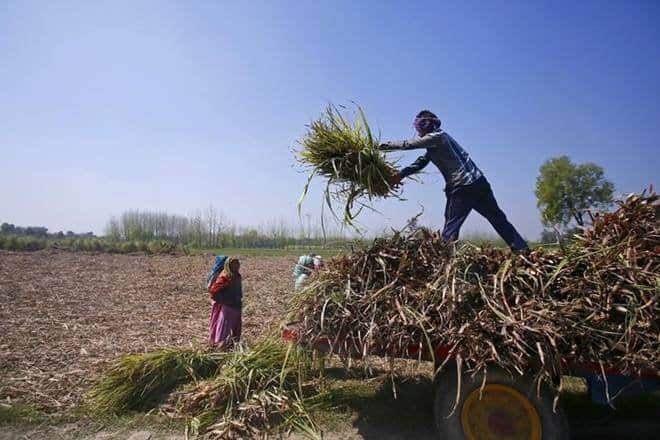 “This shows that more and more females are participating in the management and operation of agricultural lands,” an official statement said. The Agriculture Ministry said the first census was conducted with reference year 1970-71. The census is conducted every five years to collect data on structural aspects of operational holdings in the country. So far, nine censuses have been done and this is the 10th in series.

“The total number of operational holdings in the country has increased from 138 million in 2010-11 to 146 million in 2015-16, i.e an increase of 5.33 per cent,” the statement said. Operational holding has been defined as all land used wholly or partly for agricultural production and is operated as one technical unit by one person alone or with others without regard to the title, legal form, size or location.

However, operated area has shown a declining trend in most of the states. As per the census, 14 states — Andhra Pradesh, Bihar, Chhattisgarh, Gujarat, Karnataka, Kerala, Madhya Pradesh, Maharashtra, Odisha, Rajasthan, Tamil Nadu, Telangana, Uttar Pradesh and West Bengal — account for 91.03 per cent of total number of operational holdings and 88.08 per cent in terms of area.

The individual, joint and institutional holdings have shown a growth of 5.04 per cent, 7.07 per cent and 10.88 per cent, respectively. “This report on number and area of operational holdings in India is based on the provisional results of first phase of the current Agriculture Census 2015-16. “The detailed data at lower administrative levels (district/tehsil etc.) for States and UTs are also being verified by the concerned States and UTs. After, completion of the data verification, the final results would be released within the shortest possible time,” the statement said.