The government may give more time to overseas high-tech companies like Apple Inc to comply with the domestic sourcing norms for opening single-brand retail stores in the country. 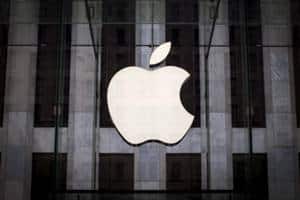 The move, announced at its Worldwide Developers Conference in San Francisco on Monday, is Apple's latest attempt to spruce up the iPhone experience as sales of the best-selling product flag. (Reuters)

The government may give more time to overseas high-tech companies like Apple Inc to comply with the domestic sourcing norms for opening single-brand retail stores in the country.

“The Department of Industrial Policy and Promotion (DIPP) is looking to tweak the FDI policy on sourcing. 30 per cent local sourcing norm may not be changed, but the time given to comply might be relaxed,” a finance ministry official said.

The local sourcing norm has become a bone of contention between both the ministries as the Commerce and Industry ministry has recommended to exempt Apple Inc from this rule, while the Finance Ministry has rejected it.

A DIPP Secretary-headed panel has recommended to exempt Apple Inc, that wants to open wholly-owned single brand retail stores in the country, from the mandatory sourcing norms saying the US-based company’s products are ‘state of the art’ and ‘cutting edge’.

The Finance Ministry, however, is not agreeing with this suggestion.

At present, 100 per cent FDI is permitted in single-brand retail sector but companies are required to take FIPB permission if the limit exceeds 49 per cent.

In respect of proposals involving foreign investment beyond 51 per cent, sourcing of 30 per cent of the value of goods purchased, will be done from India, preferably from MSMEs, village and cottage industries, artisans and craftsmen, in all sectors.

As per the FDI policy, the sourcing requirement would have to be met, in the first instance, as an average of five years’ total value of the goods purchased, beginning 1st April of the year of the commencement of the business i.e. opening of the first store. Thereafter, it would have to be met on an annual basis.

Apple sells its products through Apple-owned retail stores in countries including China, Germany, the US, the UK and France.

Last year the government had relaxed few norms and has stated that it may relax the mandatory local sourcing norms for entities undertaking single-brand retailing of products having state-of-the-art and cutting edge technology and where local sourcing is not possible.