Good news for FCI: Paddy procurement up by 13% at 32.9 million tonne

The government is aiming to procure 90 MT of paddy in the entire marketing season (2022-23). 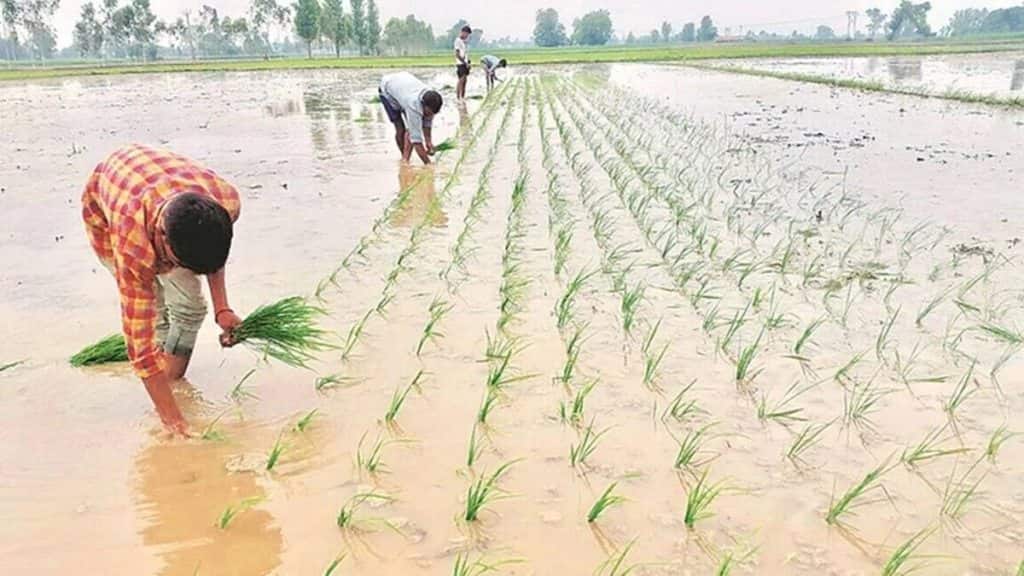 Two months since the commencement of paddy procurement by the Food Corporation of India (FCI) and state government agencies for the current kharif season (2022-23)s, the total purchase till Thursday was up by 13% on year at 32.9 million tonne (MT).

Higher grain procurement is expected to boost rice stocks held by FCI that have been depleted by the free ration scheme – Pradhan Mantri Garib Kalyan Anna Yojana since April, 2020. The scheme is extended for the seventh time till December 31, 2022.

Officials said that surplus rains, especially by the end of September and the first week of October, prior to harvesting, have not impacted mandi arrivals. Punjab, Haryana, Tamil Nadu, Uttar Pradesh and Telangana have contributed the most to procurement drive.

In Punjab, the biggest contributor to the central pool, the agencies including FCI have purchased 18.2 MT of paddy so far, which is 2.7% less than during the same period in the previous year. Procurement activities in the Punjab have been largely completed.

Agencies in Haryana have procured 5.8 MT of grains under MSP operations, which was 7% more than a year ago. Telangana so far is 2.4 MT of paddy which an increase of 50% more than previous year.

Also Read: India to continue buying oil from all countries including Russia: Official

In Uttar Pradesh, where paddy crop was impacted by unseasonal rains in October, agencies have purchased 1.2 MT of grain which marginally lower than the year ago period.  Other key states which have contributed significantly include Chhattisgarh (2.5 MT), Tamil Nadu (0.8 MT) and Uttarakhand (0.8 MT) so far.

Paddy procurement will be at its peak during next few weeks in Odisha, Chhattisgarh, Andhra Pradesh and West Bengal.

The government is aiming to procure 90 MT of paddy in the entire marketing season (2022-23).

Kharif rice purchase under MSP operations was 50.9 MT in the 2021-22 season. Kharif procurement contributes around 86% of the total rice purchased from the farmers by the FCI and state agencies under the MSP operation.

Paddy-to-rice conversion ratio is 67%. After paddy is procured from the farmers by the FCI and state agencies, it is handed over to millers for conversion into rice.

States including Punjab, Haryana, Chhattisgarh, Odisha, Telangana and Andhra Pradesh contribute significantly to the central rice pool, which is used for supplying grain to beneficiaries under the National Food Security Act and free ration scheme. The rice procured from grain-surplus states is also used for keeping a buffer stock with the FCI.

The government had earlier increased the MSP of the common variety of paddy by more than 5% to Rs 2,040 a quintal for the 2022-23 season, from Rs 1,940 per quintal in the previous season.