Gold worth crores of rupees seized as India struggles for food, shelter amid coronavirus-led lockdown

In 196 incidents of gold smuggling during April-August 2020, 200 people have been booked for smuggling 103 kg of gold. 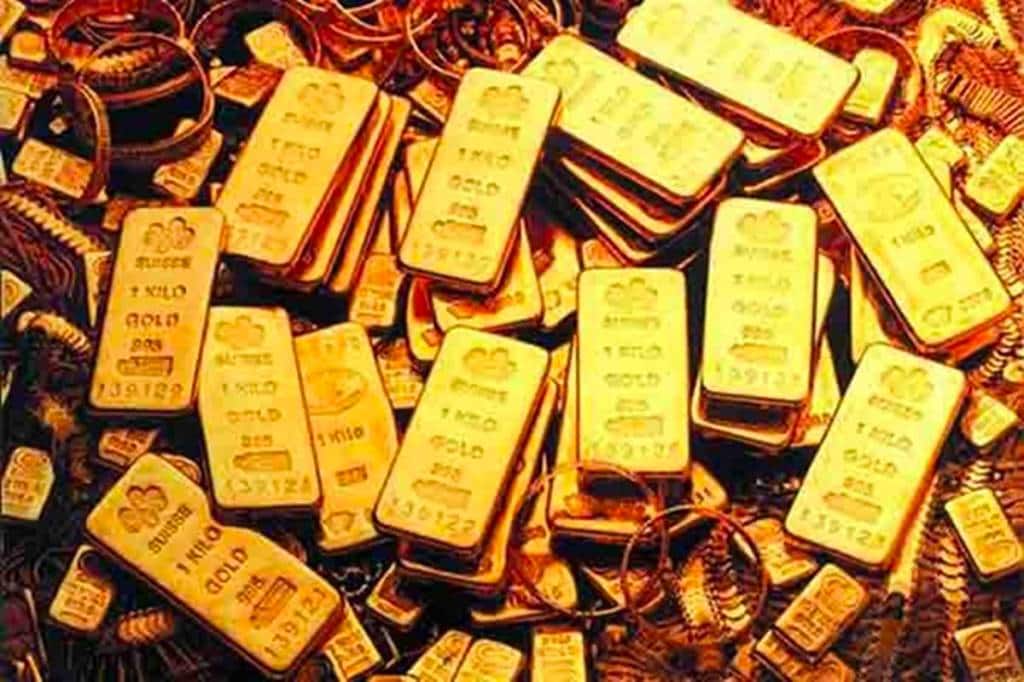 Gold worth Rs 49.5 crores was seized during April-August 2020 in 196 incidents of smuggling at various Indian airports. During this period, 200 people were booked for smuggling 103 kg of gold, according to the data provided by Anurag Singh Thakur, MoS, Ministry of Finance, in a reply to a question in Lok Sabha. While India was struggling for basic amenities such as food and shelter amid the coronavirus pandemic, smuggling of gold and other valuables were being carried out simultaneously. During July 2020, the customs authorities and NIA launched the investigation and seized 30.2 kg of gold and arrested 16 persons after a suspicion of gold consignment in a diplomatic bag addressed to a diplomat of the Consulate General of UAE in Thiruvananthapuram.

Directorate of Enforcement (ED) had also initiated the Prevention of Money Laundering Act (PMLA) investigations in two cases related to gold smuggling in Kerala. On the other hand, ED has taken up the investigation in five cases under the provisions of the Foreign Exchange Management Act (FEMA), 1999 across India. The parliament papers said that one of the prime accused was influential, however, the government is taking effective steps for fair and proper investigation.

The gold smuggling story in India is not new as every year the authorities book thousands of such cases. In FY 2015-16, gold worth Rs 606.7 crores were seized in 2,696 cases, which rose to Rs 858 crores in 4,444 cases of gold smuggling in FY 2019-20. Meanwhile, it is estimated that nearly 25 per cent of the total volume of gold entering India arrives through illicit trade. India imports around 800-900 tonnes of gold every year while the annual consumption is around 1,000 tonnes. This suggests that up to 200 tonnes of gold are being smuggled into the country.

Also, most of the gold enters India through the UAE, which accounts for 75 per cent of all entries. In an interesting connection, the UAE is the favourite destination for gold coming from the Great Lakes region in Africa, which is often accused of a hotspot of gold smuggling.