Dhanteras this year was spread over the weekend — from Saturday evening to Sunday evening. 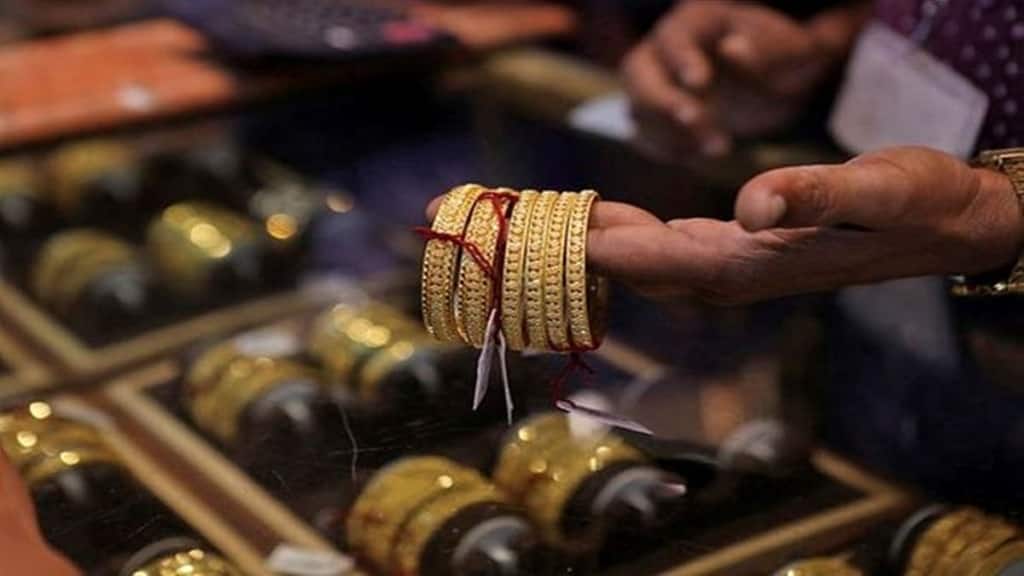 Usually, about 25-30 tonne of gold is sold on Dhanteras day. Nevertheless, organised sector jewellers had a lot to cheer about this Dhanteras.

Leading jewellery chains witnessed a rise of about 20% in sales this Dhanteras — considered auspicious for gold purchases — from a year before, but growth remained uneven across stores.

Importantly, unorganised players, who account for roughly 65% of the country’s jewellery sales, saw muted growth of about 5%, as the trend of a shift of consumers to the organised sector continues. Dhanteras this year was spread over the weekend — from Saturday evening to Sunday evening.

Jewellers told FE that sales this year still grew at a slower pace than during the last Dhanteras, as elevated inflation bit into people’s disposable income, especially in rural areas. Moreover, unlike last year, there was no pent-up demand (in the wake of the second Covid wave) to support jewellery sales this time around. A hike in the import duty from 10.75% to 15% raised prices of the precious metal, weighing on demand, they added. A weak rupee, too, further pushed up prices of gold, which is usually imported.

Despite some easing in recent weeks, gold prices remained elevated. In Delhi, prices were ruling at Rs50,139 per 10 grams on Saturday, excluding taxes, higher than Rs 47,644 on Dhanteras day in 2021. Usually, about 25-30 tonne of gold is sold on Dhanteras day. Nevertheless, organised sector jewellers had a lot to cheer about this Dhanteras.

Suvankar Sen, managing director at Kolkata-headquartered Senco Gold & Diamonds, said his company had witnessed a surge in pre-bookings this year. “Footfalls at stores since morning have been very good. Ticket sizes have been marginally lower than that of last year’s. Sales of diamond jewellery, especially the light-weight everyday wear, have been growing.” Sen added: “We are witnessing a surge in demand for men’s jewellery, especially chains and rings.”

Aditya Pethe, director at WHP Jewellers that has stores in Maharashtra, Goa and Indore, said sales were 20-25% higher than last year.

Vaibhav Saraf, director at Aisshpra Gems & Jewels, one of the largest jewellers in Uttar Pradesh, said, “All our stores are working at peak capacity with waiting times exceeding 20 minutes! At this rate and looking at the ticket size, we are expecting a growth of around 15% compared to last year’s Dhanteras.”

Shrey Mehta, director at Pooja Diamonds that has presence in Gujarat & Mumbai, said, “We saw at least a 10% increase in our festive sales, compared with the pre-pandemic Dhanteras week in 2019. It has been a good festival season and as the wedding season continues, we are expecting decent footfall in our stores up to January.”

Somasundaram PR, regional chief executive officer (India) at the World Gold Council, said seasonal gold demand is poised to be strong on a par with pre-covid levels, as suggested by anecdotal feedback from jewellers. “However, the current year does not have the benefit of a pent-up demand and higher savings caused by lock-down that assisted last year’s season to post a record demand,” he said.

However, while factors appear positive for robust gold demand for the season, particularly for organised players, pick-up in rural demand will hold the key to surpass last year’s record quarterly demand, Somasundaram added.

The country’s gold demand during the September-December quarter of 2021 almost doubled from a year ago to a record 343.9 tonne, as retail purchases soared during the Dussehra, Dhanteras and Diwali.

India’s gold demand rose 43% in the June quarter from a year before to 170.7 tonne, mainly due to a favourable base, reversing an 18% contraction in the March quarter, according to the WGC data released earlier. However, an increase in the gold import duty in July is expected to have weighed on sales during the September quarter.