Going for broke: Lenders to get greater say on assets 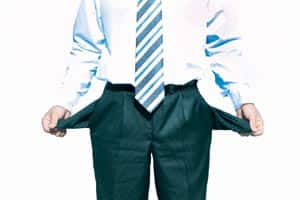 The Bankruptcy Law Reforms Commission led by former law secretary TK Viswanathan has proposed ways to check the delaying tactics of corporate borrowers and help lenders to take management decisions in defaulting companies to trigger business recovery and in cases where it is not possible, for liquidation.

Setting the stage for the long-delayed insolvency reform that would help faster unlocking of distressed corporate assets and boost creditors’ ability to recover debts before they are truly sunk, a committee appointed by the NDA government on Wednesday proposed a comprehensive, modern bankruptcy code with attendant institution-building and creation of the requisite pool of professionals.

Banks, which have been grappling with stressed assets, particularly in sectors such as real estate and infrastructure, are set to get a freer hand in recovering their dues before the value of their investments deteriorates too much.

The Bankruptcy Law Reforms Commission led by former law secretary TK Viswanathan has proposed ways to check the delaying tactics of corporate borrowers and help lenders to take management decisions in defaulting companies to trigger business recovery and in cases where it is not possible, for liquidation.

Importantly, the commission also has proposed greater rights for unsecured creditors or bondholders who currently have no access to a borrower’s collateral.

This would help in deepening the corporate bond market, which can facilitate long-term financing of infrastructure projects, besides encouraging debt funding by private equity and venture capital funds who would often like to complement their equity exposure in firms by extending loans.

Besides bankruptcy of companies, partnerships and individuals, the committee also proposed new rules for personal insolvency, an area that is constitutionally in the state governments’ domain. While the panel said debt recovery tribunals could have remit to deal with personal insolvency, experts said what best the Centre can do in this regard is to persuade states to make rules to make the proceedings more efficient.

Bankruptcy law is one of the areas identified by Prime Minister Narendra Modi for reforms in order to improve the ease of doing business in India. The Companies Act, 2013, which came into being when the UPA was in power, includes a chapter on insolvency providing for, among other things, secured creditors to be consulted and involved in the concerned firm’s management and initiate restructuring/liquidation. But these provisions have remained inoperative thus far for want of the rules thereunder.

According to the Act, once the insolvency suit is filed, the debtors can do nothing that adversely affects the interests of creditors. In case the secured creditors show lack of confidence in the company management or if the latter has no credible restructuring plan, then independent professionals would take over the management of assets and provide oversight to ensure efficient liquidation.

With the insolvency provisions of the Act put in abeyance, bankrupt firms even now are required to make a reference to the Board for Industrial and Financial Reconstruction (BIFR) which considers various restructure and revival schemes proposed by lenders and potential buyers, but because of the protections granted to promoters, a resolution gets delayed for decades, during which time the assets lose their value. As per a World Bank report, it takes about 12 years to liquidate a company in India and liquidation fetches the investor just 16 cents for every dollar invested. Only 20% of bad debts are recovered by banks under the current regime. The gross NPA ratio of public sector banks had stood at 5.2% in Q4 of FY15; the ratio of all banks was 4.45% in FY15, up from 4.1% in the previous year.

“Unless the NCLT (National Company Law Tribunal) and the appellate tribunal are set up and the institutional capacity for licensing and nurturing of insolvency professionals are in place, the new law can’t be implemented. The rules governing the professionals have ideally to be part of the substantive law,” said Sumant Batra, a leading insolvency expert. He pointed out that the insolvency-related provisions in the Companies Act, 2013, have remained inoperative so far due to the lack of institution-building and the non-issuance of the relevant rules. (The NCLT, which was cleared by the Supreme Court in May 2010 after resolving a long-drawn dispute between the judiciary and the executive over its structure and composition, is hanging fire as the court decided to hear yet another petition that has since been filed.)

“Historically, our laws have been biased towards protecting the borrowers’ rights and their rehabilitation as against providing adequate protection for the lenders’ rights. A stronger regulatory framework to deal with bankruptcy will help lenders in recovering their dues in case of a default,” said Varun Gupta, partner, deal advisory, KPMG in India.

The panel has proposed that a decision of three-fourths (75%) of lenders on management change, liquidation and restructuring of insolvent companies should be binding on other lenders and promoters.

The panel has also suggested that stripping of assets by promoters during the six-month period when the bankruptcy resolution begins and creditors are not allowed to take recovery action will invite criminal charges. This is expected to help in preserving the value of the insolvent firm and its fixed assets.

Besides, employees and other non-financial stakeholders can also trigger bankruptcy resolution proceedings against a sinking company.

At present, a large section of the economy, especially small and medium enterprises, have very limited access to credit because they do not have assets to pledge. So unsecured creditors including bondholders will get the right to initiate management change, liquidation and loan restructuring of defaulting companies. They will also get second priority in the proceeds of a liquidated company after secured creditors but before that of central and state agencies such as the tax department. At present, they are the last to get a share of a liquidated company’s proceeds.

“Having a robust insolvency resolution mechanism can help creditors recover a larger part of their investment faster allowing them to reinvest in other businesses, thereby facilitating the efficient flow of capital across the economy,” said Rohit Mahajan, partner and head, forensic, financial advisory, Deloitte in India.

According to the panel, proceedings pending before Appellate Authority for Industrial and Financial Reconstruction and BIFR under the Sick Industrial Companies Act, 1985, immediately before the commencement of the new law would stand abated.