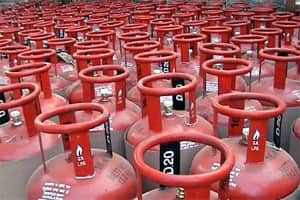 Till now, cooking gas (LPG) was available for domestic use in 14.2-kg cylinders only from gas agencies. Consumers were entitled to 12 such bottles in a year at a subsidised rate of Rs 417 in Delhi.

Now the subsidised cooking gas will also be available in 5-kg cylinders. Those entitled to subsidised gas can buy 34 bottles of 5-kg each at Rs 155 per cylinder in Delhi.

While the subsidised 5-kg mini LPG cylinder will be available only at regular LPG distributor, market-priced mini LPG cylinders costing Rs 351 can be bought across-the-counter without prior booking and minimal paper work at petrol pumps, gas agencies and select grocery stores.

Oil Minister Dharmendra Pradhan used the ‘Good Governance Day’ to relaunch the scheme at more outlets across the country.

“This is not a new scheme but we are now rebranding and relaunching it with an elaborate marketing plan so as to make available environment friendly fuel to people,” he said on the occasion.

The sale of market-priced mini LPG cylinder, which was launched in March by the then Oil Minister M Veerappa Moily at a handful of petrol pumps that are owned and operated by state run fuel retailers, has now been expanded to other outlets as well as grocery stores.

The market-priced LPG was being sold at 610 petrol pumps in major cities and this list has been expanded now. It is available at additional 100 locations in the national capital alone, Pradhan said.

“On the occasion of former Prime Minister Atal Bihari Vajpayee’s birthday, which is being observed as Good Governance Day, our oil marketing companies have decided that the scheme will be relaunched,” he said.

Also, the 5-kg subsidised LPG cylinder which is available only in remote and hilly areas, will also be available in cities, he said.

Earlier the scheme, under which the security deposit of 14.2-kg LPG connection and cost of pressure regulator amounting to Rs 1600 was borne by oil companies, was only available for BPL families in rural areas under Rajiv Gandhi Gramin LPG Vitran Yojana. This has now been extended to all households below the poverty line including in urban areas, he said.

The cost of connection will be borne by oil companies from their corporate social responsibility (CSR) fund.