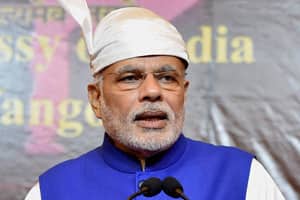 Prime Minister Narendra Modi will make the most of a public holiday declared by Brisbane on Friday and meet at least two global leaders — David Cameron, Prime Minister of the United Kingdom, during the day at the summit venue and Shinzo Abe, Prime Minister of Japan, over dinner, a day ahead of the Group of 20 (G20) summit on November 15-16. He will simultaneously kick off the India-Australia bilateral with a visit to the Queensland University of Technology in the forenoon.

Modi arrives in Brisbane straight from Nay Pyi Taw in Myanmar where he was present for the ASEAN and East Asia Summit. The Prime Minister’s visit to Australia for the two-day G20 Summit will mark his debut presence at a big ticket multilateral fora and will be followed by bilateral talks with Premier Tony Abbott in Canberra.

His Australia visit has a strong business and commerce agenda, but the Prime Minister will showcase several other facets of relationship including education and skills, culture and tourism, and defence.

“An Indian Prime Minister is visiting Australia after 28 years. The agenda is balanced, and comprehensive,” an Australian government official said, not willing to be quoted.

“In Brisbane, he will meet business persons, including those from the resources sector, and in Melbourne leading Australian CEOs,” another local government official, liasioning with the Indian delegation said. Modi is keen to get a larger pie of institutional investment from Australia.

“Australia is the third largest institutional invest or with resources of $3 trillion-plus,” the official added.

At the G20 meeting, Modi is expected to make a strong pitch for growth accompanied with creation of jobs, infrastructure funding for developing countries, resolution of taxation in the specific context of BEPS (base erosion and profit sharing), larger voice in the World Bank and the International Monetary Fund, and India’s own commitment to contribute significantly to the additional 2 per cent growth that global leaders are seeking.

Modi’s statements in such a multilateral fora will also assume significance since the purview of G20, whose members account for almost 85 per cent of global output, has gradually expanded over the last six years. From just fighting the global economic crisis of 2008, it has over the last six years progressed to include world trade, climate change and energy.

Ahead of the summit, India and the US also achieved a breakthrough in the WTO talks, with New Delhi finally agreeing to be party to the Trade Facilitation Agreement.

An Indian Prime Minister will visit this continent after almost three decades, and Modi hopes to unravel various dimension of India’s relationship with the Down Under. Similar to his visit to the United States, Modi will reach out to the 4,50,000-strong Indian diaspora in Australia. At the policy level, he will demand for a sharp cut in the costs of remittances for NRIs who send money back to India.

The Indian diaspora has gone the extra mile to recreate New York’s Madison Square event in Australia too. He will address people of Indian origin in Sydney’s Melbourne Cricket Ground, where Australian political personalities are expected. In Brisbane, besides unveiling a Gandhi statue on Sunday, he is scheduled to address a gathering of some 1,200 people in the City Hall. “More than 5,000 people have expressed interest to attend it,” says Prasad KDV Yarlagadda, President, Federation of Indian Communities in Queensland.