The cabinet also Gold Monetization Scheme to mobilise tonnes of the metal stored in households and temples. 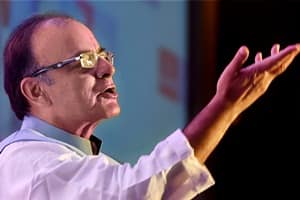 The cabinet also Gold Monetization Scheme to mobilise tonnes of the metal stored in households and temples. (PTI)

In a cabinet meeting, the Narendra Modi government on Wednesday cleared a string of financial proposals including the launch of a sovereign gold bond scheme.

Union Finance Minister Arun Jaitley, who led the cabinet meeting said that government has given up plans to reconvene a session of Parliament to secure approval of a common goods and services tax (GST) because of political obstruction.

Here are crucial financial proposals cleared by the government:

2. The Cabinet approved Gold Bond and Gold Monetisation schemes to reduce the metal’s demand in physical form and fish out idle gold lying with households and other entities. The Gold Bond scheme will have an annual cap of 500 grams per person and such bonds would be issued for a period of 5-7 years.

5. Cabinet approves spectrum trading guidelines: Spectrum trading has been permitted in all bands: The decision is aimed to boost availability of frequencies to cellular companies to improve connectivity and address the issue of call drops that has even had the Prime Minister concerned.