The foreign investment promotion board (FIPB) on Monday cleared 23 FDI proposals including those of Bandhan Financial Services and Catholic Syrian Bank. 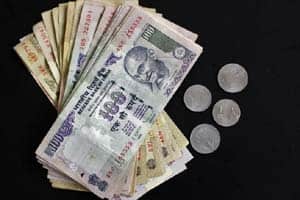 The government is targeting a 30% rise in the inflows of foreign direct investment (FDI) annually in the coming years, aided by the government's Make in India programme, Department of Industrial Policy and Promotion (DIPP) secretary Amitabh Kant said on Thursday. (Reuters)

The foreign investment promotion board (FIPB) on Monday cleared 23 FDI proposals including those of Bandhan Financial Services and Catholic Syrian Bank.

Besides Bandhan and Catholic Syrian Bank, the proposals, which were cleared include GSK Pharma, Mylan Laboratories and Den Networks, sources said.

However, the inter-ministerial panel deferred the FDI proposals of Reliance Globalcomm and Sistema Shyam Teleservices, they added.

Bandhan Financial Services has been granted universal banking licence by the Reserve Bank.

The FIPB can recommend foreign investment proposals worth up to Rs 3,000 crore to the Finance Minister for approval. Proposals worth above that is referred to CCEA.

India allows FDI in most of the sectors through automatic route, but in certain segments considered sensitive for the economy and security, the proposals have to be first cleared by FIPB.