The FIPB, however, rejected the proposal of Volkswagen Finance for investment in treasury bills, government securities, mutual funds and corporate debts. 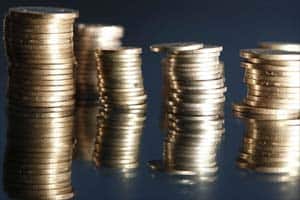 The Indian rupee firmed up against dollar on increased selling of the US currency by exporters and banks amid a higher opening in the domestic equity market. (Photo: Reuters)

The Foreign Investment Promotion Board (FIPB) has cleared six FDI proposals envisaging foreign investment of Rs 1,810 crore, including that of IIFL Holdings.

“Based on the recommendations of FIPB in its meeting held on October 30, 2015, the government has approved six proposals of Foreign Direct Investment (FDI) amounting to Rs 1,810.25 crore,” a Finance Ministry statement said on Wednesday.

The FIPB, however, rejected the proposal of Volkswagen Finance for investment in treasury bills, government securities, mutual funds and corporate debts.

The board has approved the proposal of IIFL Holdings, a non-banking finance company, to increase foreign equity from 50.16 per cent to 80 per cent by issuing shares to FIIs. This proposal is expected to result in foreign investment of Rs 1,800 crore.

Moreover, FIPB has also approved the proposals of Agile Electric Sub Assembly, Sharekhan Ltd and SeQuent Scientific. These proposals, however, will not involve any inflow of foreign investment and have more to do with restructuring of businesses.

The proposal of the US-based Monsoon Capital for investment Alternative Investment Trust (AIF) envisages foreign inflow of Rs 10 crore, while the proposal of Serap India involves investment of Rs 25 lakh.