The department has recently launched a first-ever pilot project to begin an email based scrutiny assessment of taxpayers in select cities. 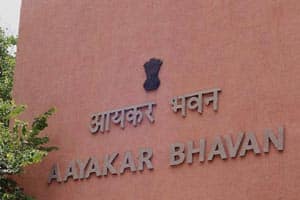 In an attempt to bring authenticity to e-mail based communication to taxpayers, the Finance Ministry has asked Income Tax department officials to mandatorily mention their email and official phone numbers in such letters and notices.

An official order, accessed by PTI, in this regard was issued by the Ministry sometime back on the directions of Revenue Secretary Hasmukh Adhia.

“Henceforth any notice, letter, communication issued by any officer under Department of Revenue, including CBDT, its directorates and field formations to the taxpayers, members of public should invariably contain mention of email address and office phone numbers, of the officers signing such, communications, notice, letters for facilitating tax payers’ electronic interface with the department.

“All are requested to kindly ensure that the above directions are strictly followed,” the order said.

A senior official explained the step had been taken to lend the required “authenticity” to electronic communications which at times are fraught with the danger of being fake or  an phishing attempt on the taxpayer.

“In case of doubt, the recipient or taxpayer could check the authenticity of the notice or letter sent by the Assessing Officer or the IT officer. The attempt is to make e-comunication by IT department safe, secure and reliable,” the official said.

The department has recently launched a first-ever pilot project to begin an email based scrutiny assessment of taxpayers in select cities.

The Central Board of Direct Taxes, the policy-making body of the IT department, had recently also notified use of emails as the new mode of communication between the taxman and taxpayers, as part of the government’s e-initiative to reduce human interface and complaints of harassment and corruption in conducting tax-related jobs.

The department, in order to reduce the taxpayers’ visit to the IT office, had launched the ‘pilot’ project and the first set of e-communications have been decided to be mailed to 100 chosen people each in Delhi, Mumbai, Bengaluru, Ahmedabad and Chennai regions.

The CBDT had recently asked the department to “initiate the concept of using email for corresponding with taxpayers and sending through emails the questionnaire, notice etc. at the time of scrutiny proceedings and getting responses from them.”

“This would eliminate the necessity of visiting the Income Tax offices by the taxpayers, particularly in smaller cases, involving limited issues and where taxpayer is able to provide details required by the Assessing Officer (AO) without necessitating his physical presence,” the order had said.