Tax treaty with Singapore was signed in 2005 and one of the covenants of the agreement was that provisions of Mauritius treaty revision would extend to it. 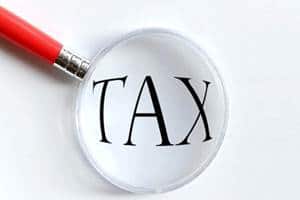 After revising the tax treaty with Mauritius, the Centre will soon initiate the process of modifying tax agreements with Singapore and Cyprus and hopes to complete the process within the current fiscal so that there is uniformity on capital gains tax with regard to investments.

“We hope to revise Singapore and Cyprus tax treaty in line with Mauritius by year end so that there is uniformity in taxation on investment coming from different jurisdictions,” a senior government official told PTI.

Although the revision tax pact is between two sovereign nation is a tedious process, it is the endeavour of Finance Ministry to finish this as soon as possible, official added.

Tax treaty with Singapore was signed in 2005 and one of the covenants of the agreement was that provisions of Mauritius treaty revision would extend to it.

The Double Taxation Avoidance Agreement with Cyprus, one of the top 10 foreign investment source, was signed in 1995.

Last week, Finance Minister Arun Jaitley met Demetrios A Theophylactou, High Commissioner of Cyprus to India and is believed to have discussed the renegotiation of tax treaty.

Following the revision of 34-year-old tax treaty with Mauritius, speculation were rife that the clauses pertaining to levy of capital gain tax will also automatically apply to investment being routed through Singapore.

The finance minister later clarified that Singapore is a sovereign nation and government will have to renegotiate the treaty and clauses of the Mauritius treaty will not apply automatically.

Of the USD 29.4 billion FDI into India in April-December, USD 17 billion came from Mauritius and Singapore.

After toiling for almost a decade to redraw the treaty, India and Mauritius agreed to impose capital gains tax on investments in shares through Mauritius from April next.