Foreign direct investment (FDI) into India increased by 16.5 per cent to $2.46 billion in March this year. 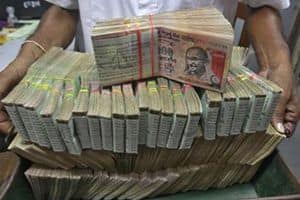 Public sector Indian Bank today said it is adequately funded and will meet its capital requirements through internal accruals. (Reuters)

Foreign direct investment (FDI) into India increased by 16.5 per cent to $2.46 billion in March this year.

The FDI inflows were at $2.11 billion in the same month of last year, according to the data of the Department of Industrial Policy and Promotion (DIPP).

The government has taken several steps to promote investments through a liberal FDI policy.

It is expected to soon take a decision on permitting 100 per cent FDI in the food processing sector through the FIPB approval route.

Foreign investment is considered crucial for India, which needs around $ 1 trillion for overhauling its infrastructure sector such as ports, airports and highways to boost growth.

A strong inflow of foreign investments will help improve the country’s balance of payments situation and strengthen the rupee value against other global currencies, especially the US dollar.