The move is expected to help as many as 3 crore additional small and marginal farmers having less than two-hectare land. 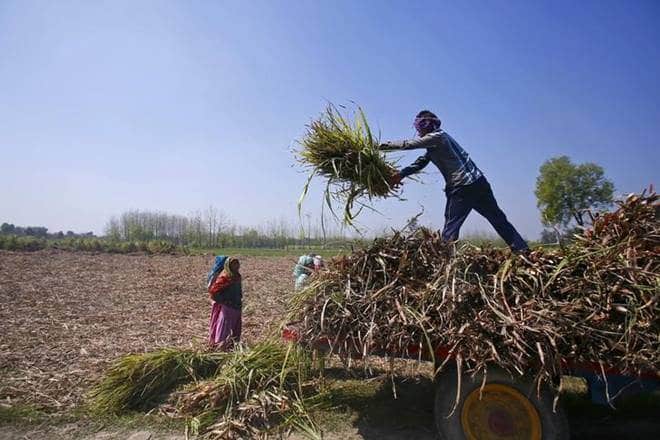 The Centre has enhanced Nabard’s refinancing facility for the co-operative banks and regional rural banks (RRBs) by Rs 30,000 crore to about Rs 1.2 lakh crore in FY21. The move is expected to help as many as 3 crore additional small and marginal farmers having less than two-hectare land. The enhanced credit facility will help farmers to cover post-harvest expenses.

This is since the farmers are in the process of selling their rabi crops, and also to meet the sowing requirement for ensuing kharif season.

“This is a very timely step as these cooperatives and RRBs will be able to disburse credit as they were facing challenges to augment resources after moratorium on loan re-payment was announced. Small and marginal farmers mainly depend on these institutions as the average loan amount is smaller than public sector banks,” said Harsh Kumar Bhanwala, chairman of Nabard. Through this credit enhancement, there will be no impediment for farmers to buy agri inputs such as seeds and fertilisers as sowing will commence from next month after the arrival of monsoon, he said.

Finance minister Nirmala Sitharaman said, besides the additional credit enahancement, 2.5 crore PM-Kisan beneficiaries, so far left out from the ambit of the Kisan Credit Card, will be covered under the official credit net through a special drive. The Centre hopes to disburse `2 lakh crore to these farmers. Farmers in animal husbandry and fishery sectors will also be covered under KCC, she added. Farmers are eligible to get crop loans up to `1 lakh without collateral through KCC.

While the Centre bears a 5% subsidy on crop loan for those who repay in time, many states have further subsidised agriculture credit from their own funds. In making credit available to farmers at cheaper interest rates, the Centre bears the administrative costs (0.2%) and the interest subsidy to Nabard. The Centre has allocated `21,175 crore on interest subsidy for FY21 against `17,863.43 crore last year.

Sitharaman in her Budget speech had announced `15-lakh-crore agriculture credit target for FY21, up from `13 lakh crore last year. The actual disbursal was about `13.6 lakh crore in FY20. Banks have disbursed `86,600 crore of credit to 63 lakh farmers during March-April. Out of total agriculture credit, 65% is disbursed as short-term (within a year) crop loans.

The share of institutional credit is approximately 72%, according to Nabard All India Rural Financial Inclusion Survey (NAFIS) 2016-17. According to MK Jain panel report on agriculture credit set up by RBI, commercial banks contributed the majority share (78-80%) in agricultural and allied credit while all co-operative banks constituted 15-16% and the RRBs contributed the remaining of the farm credit. However, the RRBs have significant presence (10-35% share in credit) in states like Bihar, Telangana, Himachal Pradesh and Uttar Pradesh, while cooperatives have good share (20-46%) in Odisha, Goa, Maharashtra, Chhattisgarh, Madhya Pradesh, Gujarat and Haryana.

Meanwhile, the minister further said 3 crore farmers have already availed the benefit of 3 months moratorium on loan amounting `4.22 lakh crore, announced last month. The Centre had extended up to May 31 for the crop loans repayment which was due from March 1. It has also sanctioned 25 lakh new KCCs with a credit limit of `25,000 crore since lockdown.

However, it has not enthused farmer leaders who said the Prime Minister’s recent address had raised hopes specifically among those who are involved in vegetables, fruits, flowers, milk, poultry and fisheries on direct support to compensate loss. “The announcement by the finance minister has shattered the hopes of any direct financial assistance. While two months moratorium on crop loan was announced last month, enrollment of more farmers under KCC without a deadline has no meaning,” said Sudhir Panwar, president of Kisan Jagriti Manch.

Ajay Kakra, leader (food and agriculture), PwC India, said: “The initiative to boost credit of `2 lakh crore to increase coverage of 2.5 lakh farmers under KCC will surely increase the credit umbrella and help increase their liquidity issue given the acute cash crunch during the Covid situation. Additional emergency working capital fund of `30,000 crore from Nabard can come very handy to farmers for managing post-harvest operations for rabi or pre-season operations for kharif season at a time when the entire food supply chain is looking forward towards increasing liquidity