Exports improving, down by about 10-12% so far in June: Piyush Goyal

The minister also said that the government is giving special focus to high quality standard products. 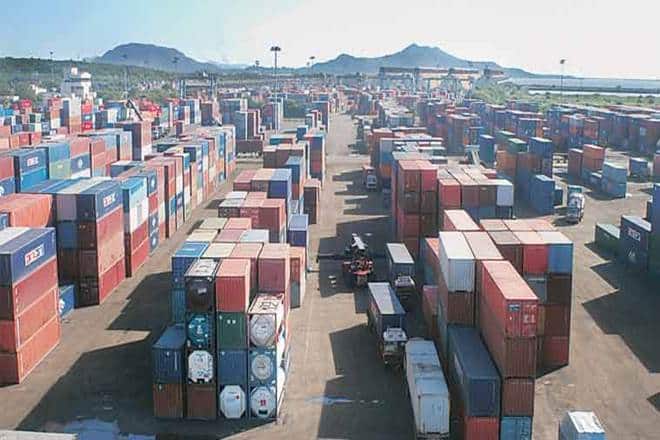 India’s exports are showing signs of improvement as the contraction in outbound shipments in June so far has come down to about 10-12 per cent as compared with 60 per cent in April, Commerce and Industry Minister Piyush Goyal said on Monday.

Declining for the third straight month, India’s exports dipped 36.47 per cent in May to USD 19.05 billion. “Currently we are about 10-12 per cent down in June. So in a sense, we have reached up to 88-90 per cent of the level of exports that we had in June 2019 in the current month in the first two weeks. I am awaiting the data for third week (of June),” Goyal said at a CII function.

The minister said that the focus is on sustainable growth and not on giving “handout” for exports. He said subsidies are never good for businesses and don’t help domestic exporters in engaging with the world from a position of strength and power. When asked about foreign direct investment (FDI), he said almost all sectors are open for overseas investors, but the ministry is open to other ideas.

Also Read
RBI MPC Preview: Repo rate hike imminent this week, but will this be the last one in this cycle?
India’s rise, Pakistan’s fall: How two neighbouring nations economic fortunes’ diverged in last 10 years
RBI’s Policy Dilemma: The Case for a Status Quo
Union Budget FY24: Ticks most boxes of access, inclusivity and quality

“We have some constraints in multi-brand retail because we have a large part of Indians dependent on small mom-and-pop stores,” he said, adding that these shops have kept essential supplies available and played a key role during the ongoing coronavirus pandemic.

“In insurance, our expectations from insurance companies was much more and deeper, sadly we feel let down. So there are few sectors where we would like all of you tell us,” he added. The minister said that the government has to balance security concerns and opening up of economy. “FDI is welcome, but we certainly have to take precautions that we do not get the wrong type of capital which is opportunist and which is not really good for the nation,”Goyal said.

The minister also said that the government is giving special focus to high quality standard products. “I think a lot of people have not appreciated that our government is giving priority to high quality standards….(But) India has finally evolved and has made up its mind that we are going to only accept good quality products,” he added. He emphasised the need to bring back quality culture in the country.

Even if a domestic quality product is a bit costlier than imported one, it is sensible to buy Indian item, he said, adding that in the long run people could have to pay a “terrible price” if they would not buy quality Indian goods.
Talking about reforms in states, he said 15-17 states have done game changing labour reforms recently and a lot of it will come in the public domain in the next few days.

Further, he said that certain people and eminent economists have expressed their views on television debates about distributing thousands and billions of dollars as a short-term measure, but “I do wish that people should understand that India has to use this crisis to prepare ourselves for a sustainable future”.

Citing an example, he said if a business is facing tough times, it can start improving its productivity, look at wasteful expenditure, start tightening the belt and do the same things in a better way.