The five-member block of emerging economies, BRICS, should consider drawing Kenya into its fold to become ‘BRICKS’… 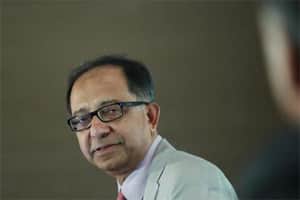 Originally this grouping was known as BRIC, after global financial giant Goldman Sachs’ Jim O’Neill coined this term in 2001 for Brazil, Russia, India and China, for being the four most important emerging economies of the world.

A few years ago, South Africa was included into this grouping and it became BRICS.

“BRICS should think seriously of drawing Kenya into its ranks and correcting the annoying spelling mistake that it is,” Basu has tweeted.

Basu became Senior Vice-President for Development Economics and World Bank Chief Economist in October 2012 and prior to that he was Chief Economic Advisor to the Government of India.

Basu, a well-known expert on Indian and other emerging economies, is currently on leave from his position and is serving as Professor of Economics and the C Marks Professor of International Studies at Cornell University.

Earlier last month, Basu said that among the BRICS in 2013 and this year, China has had the “fastest growth and India the fastest growth of growth–the only country where the growth rate grew”.

Basu had also said that GDP growths of the 5 countries in this block, when arranged in terms of fastest to slowest, would be given the acronim CIRSB for 2003-08, while for 2013 it is CIBSR and CISRB for 2014.

In reply to Basu’s latest tweet about Kenya’s inclusion, others also suggested Kazakhstan.

Renowned stock market expert Deepak Mohoni, who is known to have coined the term Sensex for the stock market’s benchmark index, tweeted on a lighter note that BRICS could also be respelt as ‘CRIBS’.

“Kenya improved its credit information system by passing legislation that allows the sharing of both positive and negative credit information and establishes guidelines for the treatment of historical data,” according to the World Bank’s latest Doing business report that was authored by Basu.

More Stories on
BRICSKaushik Basu
Next Story
Hands off policy issues: UP to banks on cane pricing