Retirement fund body Employees’ Provident Fund Organisation (EPFO) on Monday fixed 8.65 per cent rate of interest on EPF deposits for the current fiscal for its over four crore subscribers. 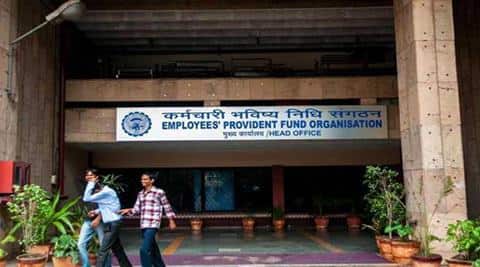 The rate cut by EPFO comes at a time when yields on the 10-year benchmark bond have crashed to levels of 6.5% — a year ago these were ruling at levels of 7.8%. (PTI Image)

In a further blow to small depositors and EPF subscribers, retirement fund body Employees’ Provident Fund Organisation (EPFO) today announced that it has fixed 8.65 per cent interest on EPF deposits for 2016-17 for its over four crore subscribers. The decision was taken in a meeting of Central Board of Trustees (CBT) of EPFO in Bengaluru. “The Employees Provident Fund Organisation’s apex decision-making body, the Central Board of Trustees (CBT), has taken a decision to lower the interest rate to 8.65 per cent for the current fiscal from 8.8 in 2015-16,” Indian National Trade Union Congress Vice-President Ashok Singh told PTI after the meeting at Bengaluru. Bharatiya Mazdoor Sangh General Secretary Virjesh Upadhyay also said that 8.65 per cent rate of interest is fixed on EPF deposits for 2016-17.The Finance Ministry had earlier this year decided to lower interest on EPF for 2015-16 to 8.7 per cent from the 8.8 per cent approved by the CBT headed the Labour Minister. The government had to roll back the decision and provide 8.8 per cent rate of interest on EPF deposit for 2015-16 following protests by trade unions. As per the EPFO income projections of Rs 39,084 crore for the current fiscal, providing 8.8 per cent rate of interest on EPF deposits will leave a deficit of Rs 383 crore. There would be a surplus of about Rs 69.34 crore if interest rate is lowered to 8.7 per cent.

Labour ministry sources said maintaining the rate was not possible given the fact that the retirement fund body was left with just R409-crore surplus after providing 8.8% returns for 2015-16, compared with R1,640 crore a year earlier. They also said retaining the rate is not tenable in this current lower interest rate regime.
“Interest rate for the General Provident Fund (GPF) has been brought down to 8% for the October-December quarter of the current fiscal compared with 8.7% a year earlier. Even as there was a need to prune the rate, the EPFO eventually provided for 8.8% interest rate last fiscal. It is simply not possible at this juncture,” a source said.

According to a report, Finance Ministry has been asking the Labour Ministry to align the EPF interest rate with other small saving schemes of the government like Public Provident Fund (PPF). In September, the government reduced interest rates on small savings schemes marginally by 0.1 per cent for the October-December quarter of 2016-17, which resulted in lower returns on PPF, Kisan Vikas Patra, Sukanya Samriddhi Account, among others.