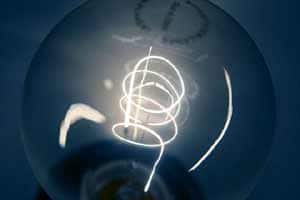 The government had initiated steps for the purchase of 150 MW of power to meet the soaring demand during the peak summer months of April and May. (Reuters)

“Despite massive roll-out of energy efficient schemes, we still see a possible 10 per cent jump in the electricity growth annually for the next 15 or 16 years,” Coal and Power Minister Piyush Goyal said while delivering keynote address at a conference on ‘The Future of Electricity’ here yesterday.

“Indian Electricity sector, to my mind, is possibly the biggest business opportunity the world has to offer today. So India is a bright spot offering a huge trajectory of growth in the electricity consumption going forward,” he added.

The fresh demand for power will come from the 230 million people who will get electricity for the first time, the elimination of diesel generation sets because of access to power and from increased economic activity coming from the Make in India campaign, he said.

The minister said power consumption is expected to grow at 10 per cent annually over the next 10-15 years, and higher personal incomes and the emphasis given to domestic manufacturing activities will significantly increase power consumption despite improvements in energy efficiency.

India has set a target of setting up 175 GW of renewable energy generation capacity by 2022, out of which 100 GW is to come from solar.

Solar power capacity, presently at 6.7 GW, will touch 20 GW by next year. Since the solar power sector is on track, the government will now focus on encouraging new hydropower and wind power capacity, he said.

The Ujwal Discom Assurance Yojana (UDAY) is expected to improve health of state-run power utilities , enable them to buy more power from producers and invest more in efficiency improvement.

Goyal said the government is also ready to contract at least 70 to 80 million metric standard cubic metres (mmscmd) of natural gas from global suppliers “if they are ready to supply long-term at affordable rates, which will enable India to operate its idle gas-based power capacity.”