How will it work for PDS if it is not made mandatory? 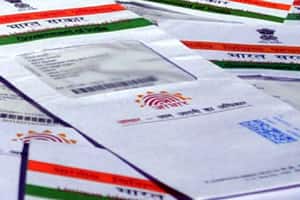 While Aadhar is not profiling you, there’s enough information in the public domain to be able to do so. (PTI)

The Supreme Court allowing the government to utilise Aadhaar for the PDS and for LPG subsidies is a welcome development as it can help cut leakages of around 50% in schemes on which the government spends R4 lakh crore each year. The problem, however, is that the apex court had also said the government must make it clear—through advertisements in the media, for instance—that Aadhaar is not mandatory for availing benefits from government schemes. Both statements are, in a sense, contradictory, and will derail the Aadhaar-based direct benefits transfer (DBT) programme. The SC desire to not make Aadhaar mandatory is understandable since, until everyone is covered by it—and more important, their bank accounts are linked to the unique identity number—millions of people could be denied benefits. But it is a bit chicken-and-egg since, until Aadhaar is not made mandatory for schemes like PDS, seeding bank accounts with it will be difficult. Right now, even if Aadhaar is able to enroll all Indians—the enrolments have crossed 89 crore already—there is no way of ensuring the money goes to their bank accounts until the seeding takes place. This is where the state governments come in since they need to prepare the list of beneficiaries—unless the PDS cannot be availed of in the absence of the unique identity number, there is little the Centre can do.

The Supreme Court would have done well to fix a time-frame in which the government would have had to complete the Aadhaar enrolment and its seeding with the schemes with the help of the states before making it mandatory. Once state governments knew that, say, in 6 months, there would be no PDS allocations without Aadhaar, they would cooperate with the Centre to prepare the lists and seed them with the numbers. Things would, of course, be different if the central government could give Aadhaar a statutory status by getting the Unique Identification Authority of India (UIDAI) Bill passed in Parliament, but that is also not going to be easy going by the developments of the past few weeks. The larger bench of the SC handling the privacy aspect of the case now will perhaps need to take a comprehensive view on the issue so that a reform measure with great potential is not left to languish.