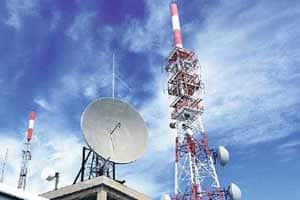 Telecom operators like Airtel and Idea have asked Trai not to auction the premium 700 Mhz band until enough devices are available for services that are to be provided through it.

Bharti Airtel wants the government to drop the clause relating to spectrum caps in the sharing and trading guidelines. This, Gopal Vittal, managing director & CEO, India and South Asia, believes would result in a more optimal utilisation of scarce airwaves. “Capping shared spectrum amounts to capping it twice,” Vittal told FE, pointing out there was already a cap on spectrum for circles — 25% of the total quantum assigned and 50% within a band. The CEO’s point is simple: If two operators share spectrum but that too is capped, it would amount to a double cap, defeating the very purpose of using spectrum optimally.

Illustrating the point, the CEO of the country’s largest telecom operator points out that while the top-three telcos — Bharti, Vodafone and Idea — command a subscriber market share of 70%, only 30-35% of assigned spectrum is with them. In contrast, the seven smaller players have a market share of just 30%, but hold around 70% of the spectrum.
What the cap does is prohibit any sharing between operators with larger spectrum holdings. “So, Bharti will not be able to share spectrum with say MTNL in Delhi,” Vittal explains, adding the industry will urge the Telecom Regulatory Authority of India (Trai) chairman to revisit the rules.

Although Trai has recommended caps on spectrum if it is shared and traded and the Telecom Commission is understood to have endorsed them, the Union Cabinet is yet to take a final decision. Trai has tried to be liberal by not exactly adding together the holdings of two operators who share spectrum but it still it does not facilitate sharing between two big operators.

Given the government appears to be concerned about the rising number of call drops — one reason for which is the lack of spectrum— the industry is hopeful that it might consider tweaking the spectrum sharing and trading guidelines. In Delhi’s Connaught Place, for instance, call drops are frequent thanks to the congestion in mobile traffic. If operators like Bharti, MTNL or Vodafone are allowed to share spectrum they would be better placed to handle the heavy traffic and reduce the incidence of call drops.

The CEO is circumspect on whether he expects a tariff war once Reliance Jio enters the market in December and whether that will affect the realisations of operators like Bharti who have been functioning in a stable tariff regime for more than two years now. “Whenever there’s a new operator, there is a change, but it’s too early to speculate on what kind of change it could be and how we would respond,” Vittal observes. Having operated in a competitive atmosphere, the focus would always be to stay competitive while maintaining a service premium, he says.

The Bharti CEO feels the department of telecommunications (DoT) report on net neutrality, which recommends partial regulation of the over-the-top (OTT) operators, is balanced. “We only want OTTs to be regulated for voice services in the domestic market, not for any other areas,” he says. Bharti, he says is agnostic to partnerships with e-commerce players, viewing ‘such players through the lens of megabytes’. “Since data is used to shop online and operators stand to earn revenues anyway, it doesn’t really make a difference through which channel it’s being done,” Vittal observes.