Cumulative storage in India’s 91 biggest reservoirs is currently about half of their January levels. Maharashtra has drawn the most water the fastest, going from 30% of full capacity to 14% today. 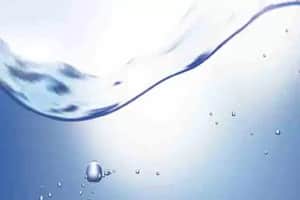 According to Central Water Commission, water level in 91 major reservoirs across the country has dipped to 22 per cent of their total capacity.

Water from the already-depleted reservoirs in Maharashtra have been drawn at a faster pace than any other part of the country since the start of this year, one reason why the state is facing such a severe water crisis.

The 17 big reservoirs in the state are left with just about 2 billion cubic metres (bcm) of water now, which is barely 14% of their total capacity. At least three of these reservoirs have run dry, and there is no water in them that can be released by opening the gates. The minimal water they have, below the height of the gates, needs to be pumped out to be supplied.

It is important to note that the reservoirs are not expected to be full at this time of the year. Normally, they should have been holding around 46 bcm of water at this time. Last year, unexpected rain in March had ensured that they had 53.5 bcm water around this time. Thanks to that rain, and then a short burst in June, the reservoirs had above normal storage levels till the first half of August 2015, before the bad monsoon started taking its toll.

This year has been different. Most of the country, especially north, east and central India, has had virtually no winter rain, leaving the reservoirs to meet demands for almost six months before Monsoon 2016 hopefully fills them up again. The water in the reservoirs is used for irrigation, hydroelectric power generation, for drinking, and industrial use.

Currently, in every state except Madhya Pradesh, West Bengal and Tripura, cumulative storage levels are below their normal levels. The situation is better in the reservoirs that produce significant hydropower of 60 MW and above. There are 37 of them, and 26 are at levels that are normal or just below normal.

Reservoirs of the west and south have the least water, compared to normal levels. The 31 big reservoirs in the five southern states have only 15% of their normal water, while the 27 in Maharashtra and Gujarat have 18%. Reservoirs in the east are the healthiest as of now.

The basins of the Tapi, Krishna and Godavari, all of which lie partially in Maharashtra, have very little water compared to normal levels. Other river basins also have below normal water. Only the Ganga basin has water 17% above normal levels.

The India Meteorological Department has predicted 106% of normal rainfall. The 4-month monsoon season begins in June. Even if the season is off to a good start, current water levels will have to meet demands for at least a month and a half.