Festive season: Home buyers likely to snub even 10-15% discounts by builders; here’s why

For the fourth year in a row, home buyers are expected to lie low this festive season too even if they’re offered discounts of 10-15% on the rate card. The subdued sentiment in the real estate market is reflected in the smaller number of new unit launches; these are tipped to be lower by as […] 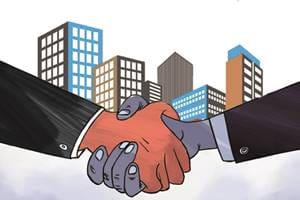 For the fourth year in a row, home buyers are expected to lie low this festive season too even if they’re offered discounts of 10-15% on the rate card. The subdued sentiment in the real estate market is reflected in the smaller number of new unit launches; these are tipped to be lower by as much as a third or even a fourth across the four major residential markets. With builders not really betting on a very large number of fresh bookings, no big bang launches have been lined up.

Industry estimates suggest that the northern part of the country including Delhi & NCR — billed as the largest market for property sales during the Dussehra-Diwali period — will see no increase in the number of residential units launched this Dussehra-Diwali. According to PropEquity, 8,681 homes were put on sale in the region during the festive months last year.

In the West, Mumbai Metropolitan Region (MMR) is expected to see a steep fall of nearly 40% in unit launches this year while Pune may see a decline to half. In the south, Bengaluru, which is reeling under a pile-up in inventories, may see a steep 30% fall in new homes on offer compared to the festive months of last year.

Traditionally, the October to December period sees more property being purchased as it is considered auspicious for closing out transactions. However, with the economy not gaining momentum for more than two years now, the mood even during the festive months has remained subdued. For their part, developers have refrained from putting too many properties on offer given they have been unable to clear unsold inventory.

Samir Jasuja, founder, PropEquity, says there are unlikely to be too many launches this time around given developers are struggling with significant unsold stock. “Buyers may not be tempted straight away and would like to wait for the market to get back into positive momentum. While markets have seen positive steps including a rate cut from the RBI and initiatives for smart cities, these catalysts will have an impact with a lag,” Jasuja said.

Last year Oberoi Realty, Godrej Properties and new kid on the block Piramal Realty came up with large projects coinciding with the festive period. The fairly good response, industry experts said, was a sign of customers’ trust in these brands. Moreover, they pointed out that offers from reputed developers were hitting the market after a long time. However, these launches were restricted to MMR alone. This time around, given the sentiment has not improved and that inventories remain high, no big launches are expected.

“The cautious buyer today is no more taken in by developers offering incentives like the 20:80 scheme, free gold coins, free car parking, two-wheelers or modular kitchen set-ups. Instead pragmatic purchase decisions are based on tax benefits and project specifications and these are not always limited to auspicious calendar dates and vaastu,” said Rao.

However, developers say freebies do help them woo customers. “Customers like being given gold coins on bookings and it does sometimes result in sales,” Manohar Shroff, vice-president, Maharashtra Chamber of Housing Industry (Navi Mumbai) said. Shroff said that in Navi Mumbai, developers are even offering price discounts to the tune of 10%-15% on the quoted rate, which is doing well for the ready possession flats. However, under-construction apartments continue to be a hard sell.