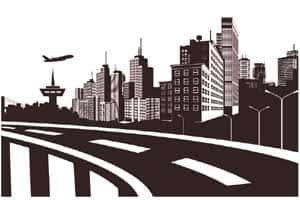 The entire DMICDC project, over two phases, is to be spread over 24 cities and cover 5,500 sq km. The Japanese government has promised an initial $4.5 billion for the first phase of the project.

Bid documents will also be awarded for infrastructure creation over 8.5 sq km in the Shendra-Bidkin Industrial Park in Maharashtra — the final project will be spread over 84 sq km — and an integrated industrial township in Greater Noida.

All told, the projects that will be bid out by next month will be a little over Rs 5,000 crore.

As per the plan, seven years in the making already with the last few spent of detailed master-planning of each aspect of the city, each city is to be developed through a special purpose vehicle that will have DMICDC as a partner along with the respective state government — DMIC runs through six states. The model, an asset-light one, envisages the SPV building the trunk infrastructure of the city according to the master plan, and then selling land — whose value would have gone up — around this to fund the creation of more infrastructure.

Each city, to be recognised as a governing unit under Article 243Q of the Constitution, will have a CEO-mayor with specified powers to, for instance, approve building plans and set up power transmission and distribution businesses. A detailed State Support Agreement is to be signed, clearly delineating the responsibility of each party like notifying the SPV as a special planning authority, for instance.

DMICDC has some of the best project managers in the world associated with it for detailed engineering. This includes AECOM, which developed cities like Songdo in China and the Shatui area in Hong Kong, and CH2M HILL, which was in charge of the London Olympics.

Despite being a flagship project for the UPA, DMICDC hasn’t been without its share of setbacks. A Rs 40,000- crore exhibition-cum-cargo complex at Dwarka in Delhi with 20 lakh sq ft of exhibition space, 3,500 hotel rooms and an air cargo complex was the perfect project to kick off in an investment-starved country, more so since the government land was already parked with the De;hi Development Authority. However, till date, the government has not been able to get the DDA to transfer the land to DMICDC

The issue of funding DMICDC continues to hang fire. The Japanese have committed $4.5 billion in a first instalment on very generous terms of 0.1% interest, 10-year moratorium and 40-year repayment. Some progress has been made with the Japanese relaxing the terms of the tied-aid project (30% of the project cost has to comprise Japanese goods/equipment) but no final solution has been arrived at so far.

The Department of Industrial Policy and Promotion (the nodal government department in charge of the DMIC project) will seek an outlay of around Rs 7,500 crore in the forthcoming Union Budget to develop trunk infrastructure for the five smart industrial cities and six other projects planned in the initial phase of the mega project.

The DMIC is to come up on both sides of the 1,483 km Western Dedicated Freight Corridor. It will link Dadri (in Uttar Pradesh) and Jawaharlal Nehru Port Trust in Navi Mumbai. The project will pass through six states — Rajasthan, Gujarat, Maharashtra, Haryana, Uttar Pradesh and Madhya Pradesh.

The corridor’s development is expected to better the lives of around 180 million people. The project is a crucial link to the National Manufacturing Policy that aims to increase the share of manufacturing in the GDP to 25% and generate 100 million jobs over a decade.