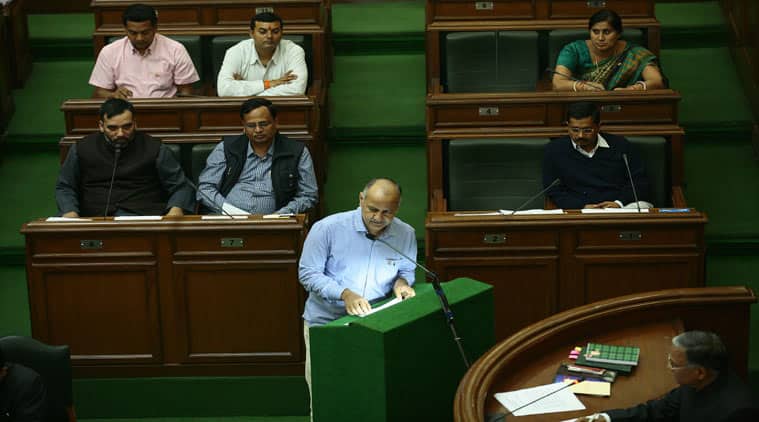 "Today, technology gives power to any citizen to be as powerful as MLAs, minister or bureaucrat. We are extending the opportunity through this app," Manish Sisodia said. (PTI)

DVAT BILL software has been developed by Delhi government’s Trade and Taxes department.

Sisodia, who also holds finance portfolio, said that through this app, people can become a “VAT Inspectors”.

“Today, technology gives power to any citizen to be as powerful as MLAs, minister or bureaucrat. We are extending the opportunity through this app,” Sisodia said.

VAT Commissioner S S Yadav said the scheme would be for bill or cash memo/retail invoice of not less than Rs 100 for purchases made from a registered dealer in Delhi.

“To be eligible for the reward scheme, the taxable value of the goods purchased should not be less than Rs 100,” Yadav said.

“The customer can upload the picture of bill/cash memo in the mobile or the send the snapshot of the bill on the application. A unique ID would be generated for each bill,” Yadav.

The bill should have the registration number (TIN) of the dealer, besides full name of each item purchased, apart from the rate of tax charged against each.

The cash award would be transferred to the bank account of the customer directly after verification of the purchases from the seller through ward VAT inspector.

The winner would be selected through a computerised lucky draw on 15th ofÂ every month using the unique IDs generated against each bill received by the department.

The prize amount would be five times the value of goods purchased (excluding tax), subject to a maximum of Rs 50,000.

However, the scheme will not be applicable on the purchase of motor vehicle, petroleum product and tax invoice taxation between dealer and embassy sales.

According to the Deputy Chief Minister, honest traders don’t need to fear from this app.

“By this app, we will catch those traders who are evading tax. I want to assure that honest traders who give tax on time don’t need to fear…we have decentralised the power from VAT officers to the entire Delhi resident,” Sisodia said.
Chief Secretary K K Sharma and Principal Secretary (Finance) S N Sansom were also present in the event.