The annual Railway Budget could be something of the past with the high-level committee, headed by NITI Aayog member Bibek Debroy likely… 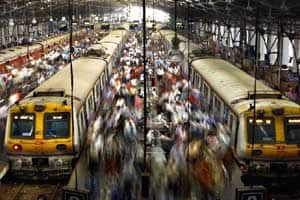 Indian Railways has changed the timings for the booking of Tatkal tickets in AC and non-AC classes, starting today, in order to reduce the load on the ticketing website and booking windows. (AP)
The annual Railway Budget could be something of the past with the high-level committee, headed by NITI Aayog member Bibek Debroy likely to suggest this at its final meeting on Saturday. This could be the committee’s least revolutionary suggestion. The report will be submitted at the end of the month.

Sources told FE the committee is likely to suggest coming out with an upfront passenger fare subsidy — this was R34,928 crore in FY15 — and getting both the central and state governments to pay for this as they do for the annual electricity subsidy for agriculture right now. While the Centre will pay for all central railway lines, states like Maharashtra will pay for suburban train networks.

Subsidised tickets, the committee is of the view, must be linked to Aadhaar IDs, in keeping with the government’s overall philosophy on cutting leakages on subsidies. The Economic Survey had pointed out that the bottom 80% of households comprised only 28.1% of the total passenger traffic on the railways, making it clear that it is not the poor who get subsidised.

In addition, since private firms cannot run trains right now as the tracks and signalling are controlled by the railways, the committee has suggested this be transferred to an independent entity and, with a railway regulator in place, allow private firms to run both passenger and freight trains.

A person associated with the report said there would be no annual presentation of the Railway Budget and talk of dividend and gross budgetary support — the Union Budget, he said, will only mention the social obligation that will be borne by the Centre.

The committee has also suggested greater private entry into production of coaches and locomotives. All the production units in the railways would be made completely independent by turning them into holding companies. Rationalisation of zones and divisions; decentralisation of power to GM and DRMs; complete switch to commercial accounting for all the railway functions; and delinking of RPF, hospitals and schools are among the other steps outlined by the committee.

The Railway Board’s role in the whole scheme will be limited to what is actually run by the railways and the HR functions will also be revamped completely.