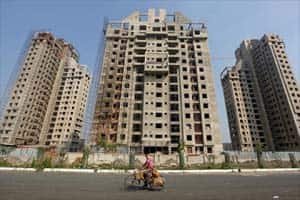 The National Buildings Construction Corporation (NBCC) is planning to construct the Capital’s first 100-storey building in Karkardooma, East Delhi, over the next three to four years.

While DDA recently awarded 75 acres of land in Karkardooma to NBCC for joint development, the state-owned developer is now in the process of laying down its plan for the “East Delhi Hub” project that will be based on the Transit Oriented Development (TOD) norms and “smart city” principles.

“There is a proposal to construct one iconic tower having more than 100 storeys, among other buildings,” said a source privy to the development.

Expected to be built at a cost of Rs 2,500 crore, the project will provide housing to 3,000-4,000 families and will also have commercial and recreational areas.

Having received the Letter of Intent from DDA regarding the joint development, NBCC is in the process of preparing the MoU. “DDA awarded the land to us for joint development a few weeks back and we would be ready with the design over the next two-three months. We plan to complete the project over the next three years,” said Anoop Kumar Mittal, CMD, NBCC.

While the project will be developed on the lines of the government’s “smart city” concept, with features like energy conservation, water harvesting and IT-enabled services, it will be based on TOD, which means mixed use development, designed in a manner that there is access to public transportation such a Metro in the vicinity and has walkable neighbourhoods.

Still at the drawing board stage, the proposal will have to go through a series of clearances, especially on account of the iconic tower that is a part of the project. The project is expected to be launched sometime this year.

Instead of conducting auctions after completion of construction, DDA plans to sell apartments in the “East Delhi Hub” to buyers, just like private developers.

“Our investment in the project will be lower as it will be launched later this year and there will be inflow in the form of receivables from buyers in the project,” said Mittal.

While Noida and Gurgaon have seen vertical growth, Delhi is not known for highrise buildings. The Brys Group is developing an 81-storey ‘Brys Buzz’ in Noida that the company claims would be the tallest tower in North India, while the Lodha Group is building a 117-storey tower in Mumbai that is reported to be the world’s tallest residential tower.

THE BLUEPRINT
* 75 acres earmarked for ‘East Delhi Hub’ in Karkardooma
* ‘Iconic tower’ with over 100 storeys to be part of project
* Set to be launched this year, construction to be completed in 3 yrs
* To follow smart city principles, Transit Oriented Development norms