DBT scheme for fertiliser subsidy may be rolled out in FY22

The department of fertilisers and the ministry of agriculture are working out the details of the DBT scheme, which may be announced in the Budget for FY22, sources told FE. 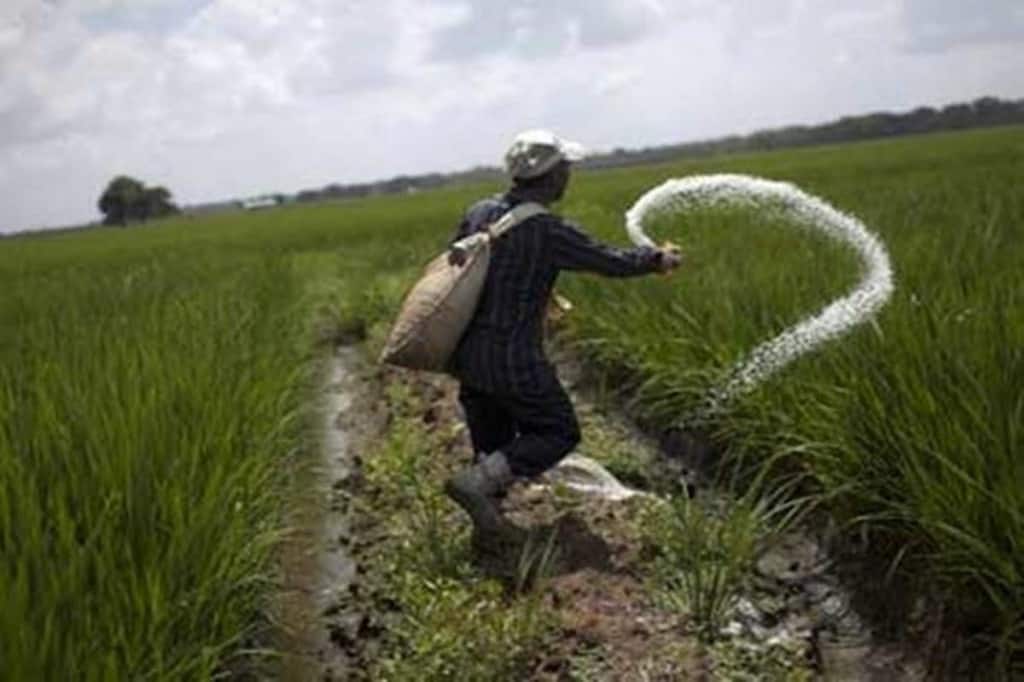 Currently, the government releases subsidy amount to fertiliser manufactures periodically, based on Aadhaar-authenticated sales via point of sale (PoS) machines, which was rolled out from April 1, 2018, in the first phase of DBT.

Ending years of dithering, the Centre may finally shift to the direct benefit transfer (DBT) for delivering fertiliser subsidy to farmers effective FY22.

The department of fertilisers and the ministry of agriculture are working out the details of the DBT scheme, which may be announced in the Budget for FY22, sources told FE.

According to an estimate by the fertiliser department, on an average, a lump sum of Rs 5,000-6,000 is required to be transferred to each farmer annually as fertiliser subsidy. This would be in addition to income support of Rs 6,000 annually being given to farmers under PM-KISAN.

The Centre’s annual subsidy on fertilisers is a little over Rs 70,000 crore. Over 14.6 crore farmers with average farm size of 1.08 hectare are the intended beneficiaries.

Besides better targeting of the subsidy to farmers with small land holdings, who are seen benefiting less in the current regime, the lump sum money would discourage rampant/unscientific use of fertiliser by large farmers and reduce pilferage, the sources added.

Subsidy component was fixed for P&K fertilisers effective April 2010 and this has resulted in subsidies on these fertilisers declining from Rs 41,500 crore in FY11 to Rs 26,369 crore in FY20. Urea subsidy in the period, however, increased from Rs 24,337 crore to Rs 54,755 crore.

Earlier, the fertiliser ministry was considering to introduce a system under which a farmer would have paid the market price upfront and promptly received the subsidy amount in his/her Aadhaar-linked bank account. This idea was later junked due to concerns that farmers with small holdings might find it difficult to make the upfront full payment.

Currently, the government releases subsidy amount to fertiliser manufactures periodically, based on Aadhaar-authenticated sales via point of sale (PoS) machines, which was rolled out from April 1, 2018, in the first phase of DBT.

In the stimulus 3.0 announced on November 12, the Centre has made an extra provision of Rs 65,000 crore for fertiliser subsidy for FY21, over and above Rs 71,309 crore budgeted. This will ensure that entire subsidy dues to the fertiliser companies, including `48,000 crore arrears, will be cleared in the current fiscal.

This is an unprecedented step, as a major part of subsidy for any year used to be released in the subsequent year/s, leading to liquidity problems for the fertiliser industry and shortage of fertilisers in many parts of the country. Given the agitation over the farm Bills, and the fact that the agriculture sector is proving to be silver lining on the cloud of economic slump, the government can’t afford paucity of fertilisers in the rabi season.

According to Nabard, there is a general tendency on the part of farmers to resort to overuse of fertilisers and pesticides expecting higher yields, leading to unnecessary rise in input costs. To address this problem, the Centre has started the initiative of issuing soil health cards so that the farmer can balance the application of micro nutrients, other fertilisers and pesticides.

Unlike domestic cooking gas (LPG-Pahal) and food, where beneficiaries are defined and cash/kind given directly to the beneficiary, fertiliser subsidy is universal in nature and subsidy amount is paid to the manufacturer.

Harnessing the power of Jan Dhan, Aadhaar and Mobile (JAM), DBT in LPG-Pahal has led to saving of Rs 71,301 crore between FY15 and FY20 while DBT in food has cumulatively saved the exchequer Rs 66,897 crore (largely DBT-in-kind as cash transfer not fully rolled out due to the National Food Security Act and concerns that it could lead to deprivation). The PoS system helped the Centre save Rs 10,000 crore in fertiliser subsidy by plugging leakages up to FY20, official data showed.