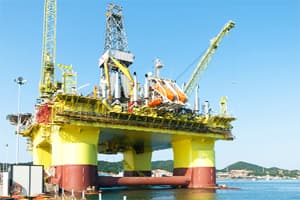 <i>Following the decision of the Organization of Petroleum Exporting Countries (OPEC) to not go for a cut in crude oil production, the price of Brent crude which fell to under $72 a barrel on Thursday, reached its four-year low mark of $72.50 on Friday, fuelling a market rally. Sandeep Singh explains how the Indian economy stands to gain</i>

When did the crude correction start and why is it falling?

Between July 2013 and July 2014, Brent crude hovered in the range of $105 and $115 per barrel. However, beginning August, the prices started to soften and while it fell below the $100 per barrel mark in August, on November 27, 2014 it hit a 50-month low to trade below the $72 per barrel mark. A number of factors are behind the fall, the primary ones being: demand slowdown in Europe and China, increased shale oil production in the US, cutting down demand for OPEC crude, and the move by some OPEC members such as Kuwait and Iraq to offer deeper discounts.

Has the US significantly reduced its dependence on oil imports?

A JP Morgan report says that while the United States imported 60 per cent of its oil needs in 2005, it came down significantly in 2013 to 35 per cent of its total energy consumption.

What does crude price fall mean for India?

Every $1 per barrel decline in crude prices brings down the current account deficit by about $1 billion and a decline of close to $40 per barrel in Brent crude price over the last five months will be significant both for fiscal and current account deficit and growth in the economy. The dip in prices benefits the oil marketing companies significantly in terms of their under-recoveries. In May 2014 when Brent hovered around $110 per barrel the daily under-recoveries of OMCs stood at Rs 318 crore. With the decline in global prices, this came down to Rs 188 crore for the first half of November 2014 even after the companies reduced the retail fuel prices. A dip in domestic fuel prices impacts the WPI inflation as it has a weightage of 9.3 per cent to the index. Fuel price inflation which hovered above 10 per cent till June 2014, started slipping since then and it stood at zero for the month of October. This will also act as a factor for the Reserve Bank of India in taking a call on interest rate cut in its forthcoming monetary policy review on December 2.

What will happen if oil falls below $70 per barrel?

Oil at $70 per barrel may provide the much needed comfort to the Centre when it is looking to meet the fiscal deficit target of 4.1 per cent for 2014-15. Savings from lower crude oil prices will bring down the fuel subsidy bill for the government. Experts feel that it would also provide government to push for productive expenditure next year which may push growth in the economy. The Union Budget had allocated Rs 63,427 crore as fuel subsidy in 2014-15 (taking crude oil price at $110 per barrel and the rupee at 61 against the dollar for calculating the Budget Estimates). The trend in oil prices shows that any shortfall on revenue side at the end of the fiscal may be met through savings on oil subsidy front.