Barely three weeks after it slashed the credit rating of Naveen Jindal-led Jindal Steel and Power (JSPL) to below investment grade, rating agency CRISIL has downgraded the company to “default” grade . 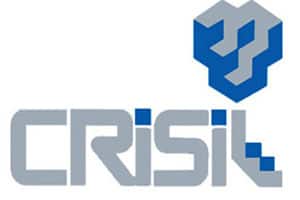 According to CRISIL, post bifurcation of the state into Andhra Pradesh and Telangana, sharing of liabilities of AP TRANSCO has been under discussions with both the states for some time. Concerns of a likely dispute had heightened on account of potential differing stances being taken by the state governments on the sharing formula, it stated. (PTI)

Barely three weeks after it slashed the credit rating of Naveen Jindal-led Jindal Steel and Power (JSPL) to below investment grade, rating agency CRISIL has downgraded the company to “default” grade .

In a rating update put up on its website late evening on Wednesday, CRISIL said that it has cut both the short-term and long-term rating of the company to “CRISIL D” from “CRISIL A4+”and “CRISIL BB+”, respectively. The ratings have also been removed from “watch with Negative implications”.

On Thursday, JSPL issued a statement stating that the reduction in credit rating merely presents rating downgrade on technical grounds and that the firm met all its financial commitments till November-December 2015, and is exploring various options with lenders to reschedule payments.

Debt worth R32,638 crore of the company has been lowered. This includes R14,199 crore of term loans, and R6,860 crore of short-term and long-term bank loan facilities, amongst other instruments.

The rating downgrade was on account of delays by JSPL in payment of interest on its term loans due to weakened liquidity.

“Liquidity deteriorated significantly as the steep fall in steel realisations coincided with high debt repayment obligations. Pressure on liquidity intensified further due to delays in materialisation of asset monetisation plans and refinancing of debt,”said CRISIL in the rating note.

It noted that JSPL’s steel business remains vulnerable to volatility in demand and in prices of metal, while its power business is susceptible to demand and price volatility in the merchant market and lack of raw material integration.

“The group is also exposed to risks related to regulatory changes in the mining sector. However, it has a healthy market position in the steel industry, value-added product profile, and proximity to raw material sources. Successful debt refinancing and asset monetisation will be critical for the group and will assist in tiding over the current liquidity constraint,” added CRISIL.

However, JSPL insisted that the reduction in credit rating merely presents rating downgrade on technical grounds and that the company met all its financial commitment till November-December 2015.

“In discussion with banks, we have launched 5/25 scheme, and also exploring various options with all lenders to reschedule payments considering likely short/medium term cash-flow mismatches. When these are completed, there will not be any overdue situation,” said JSPL in a press release.

According to JSPL, it will be in a much stronger position to meet all its liabilities and emerge financially strong and substantial company in 2016-17 considering “better cashflow outlook from better demand/realisation for steel/power rescheduled financial commitments through 5/25 scheme and others and cashflow from disinvestments /JVs”.

Amidst falling sales realisations and higher interest outgo, JSPL has seen mounting losses since FY15. It reported net loss of Rs 1,278 crore in the last financial year and for the first three quarters of FY16 observed accumulated losses of Rs 1,530 crore. According to Bloomberg, JSPL carried total debt of Rs 42,534 crore on its balance sheet as of December 2015. In FY16 JSPL’s credit profile has deteriorated substantially with each of the three rating agencies having carried out three to four notch downgrades of its debt.

Earlier, on February 15, CRISIL had lowered JSPL’s long-term rating by two notches to “BB+” citing possibility of further deterioration in liquidity of JSPL group. During that rating action, CRISIL mentioned that the JSPL group’s liquidity will decay significantly in the near-term as stake sale in rolling mill and the receipt of proceeds from settlement in Bolivia may take longer than earlier anticipated. CRISIL had earlier expected these to be completed before March 2016.

CRISIL’s decision to keep the ratings on watch was based on its belief that due to a weak operating and financial performance, there will be a breach in covenants for part of the non-convertible debentures issues of JSPL, which can lead to a sharp deterioration in group’s liquidity and credit quality.

“Delays would adversely impact the group’s debt-servicing ability in the near term and increase group’s reliance on timely refinancing of debt taken for Angul (Odisha) steel plant. Any delay in the said refinancing beyond CRISIL’s expectations of March 2016 could lead to severe pressure on cash flow and will hence remain a key monitorable,” CRISIL had noticed in mid-February.

Back then, CRISIL’s decision to keep the ratings on watch was based on its belief that due to a weak operating and financial performance, there will be a breach in covenants for part of the non-convertible debentures issues of JSPL, which can lead to a sharp deterioration in group’s liquidity and credit quality.

“CRISIL will remove the ratings from watch and take a final rating action once it has more clarity on this issue,” noted the rating agency in its February update.

Speaking to FE, JSPL MD and Group CEO Ravi Uppal said, “We are obviously not happy with the way they have acted in a haste. Their approach seems very normative and doesn’t consider the 30 years of unblemished track record of JSPL in meeting its obligations. They should take a deeper insight into the potential of our comapny and quality of our assets. The extent of fall in steel prices have impacted EBITDA and in turn synchronization of cash inflows and outflows. We foresaw this situation and have already rescheduled payments with some banks and are in talks with other banks for the same. We are considering several proposals for disinvestments and exiting out of some of the JVs that we have. But one must understand that given the global economic conditions, it takes a while to close these deals. I am hopeful that out efforts will yield substantial results in the next six to seven months with some deal closure happening even in the next one month.”