However, we are not really pushing the customer to repay and the focus is on letting them take their time, but being in touch with the customer. 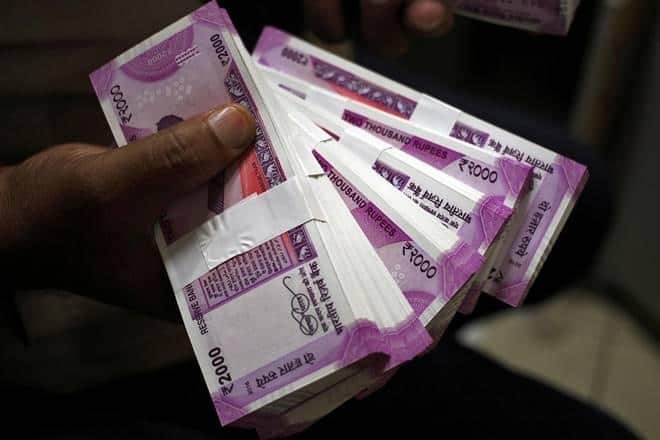 However, bank branches in rural areas maintained a double-digit growth.

What demonetisation did to digitise disbursements in the micro-loans segment, Covid could do for repayments, R Baskar Babu, MD and CEO, Suryoday Small Finance Bank told Shritama Bose. The share of the bank’s customers availing the moratorium could fall up to 10% with each passing month, he added. Edited excerpts:

What has been the impact of Covid on your customer segments and the bank? Has it changed in any way over the last few months?
In the first two months, that is, the months of April and May, we have been in touch with the customers without even discussing the moratorium or payments. Considering that our customers are from the lower economic strata, what they needed was comfort-building. To that extent, it has really helped that the regulator has announced the moratorium right in time. So we were able to speak to the customer without discussing about instalments, which probably would have been the scenario, had there not been a regulatory moratorium announced. In the first two months it was about getting in touch with the customers, checking if they needed any SOS support in terms of livelihood. We realised that all they needed was psychological support. A majority of our customers had some kind of support. In May, we started getting in touch to see which of them still needed the moratorium. In June, we had pretty decent collections. We still did not want to focus on that as a benchmark. Closer to 50% was what we collected across various products, including microfinance. In housing, it is a little higher, probably 65-70%. July is following a similar trend.

However, we are not really pushing the customer to repay and the focus is on letting them take their time, but being in touch with the customer.

Our customer segments, especially in micro-lending, have generally bounced back faster than the general economy. We are a 30-40% rural player and predominantly an urban player, but even in many cities, things are looking up, except a few like Mumbai, Pune and Chennai, which have been under continuous lockdowns.

Based on filings made during your annual results, around Rs 108 crore worth of your loans were under moratorium. Has that changed and what share of your book is it now?
Not everybody wanted to take the entire moratorium for three months. So in June we saw around 50% of the customers say that they’ll pay next month. We are expecting that (the share of the book under moratorium) to continue going down by 7-10% every month. We expect 55-60% to be the collections for this month and in the next month, it might be a little higher. In the initial 10 days, the momentum has been positive.

Have you seen demand coming back yet?
Demand for credit has started to come back from June. We’ll start disbursing from July. It may not be at the same scale as pre-Covid, maybe around 30-40% (of that). Slowly as there is an increase in activity and we see demand picking up, we are trying to keep credit continuously available. Then the behaviour will change for the better.

Are you making any changes to any operations after Covid?
The environment has made everybody look at things which we thought were not possible. Customer connect through phone for microfinance was less than 35%. It went up all the way to 75% over the first two months of lockdown. It is probably coming down a bit now because there are generally one or two phones in the household and the person who steps out usually takes it with them. It is currently at around 50%. We did a digital repayment campaign and it was pretty successful. In May, we collected from around one lakh customers, or 7% of our base. Collections were at 15% in that month and 50% of those repayments came in through digital means. As things open up, customers are preferring to not exactly do the group meetings, but asking the executive to come over and pick up cash. But the momentum will continue. We have started opening bank accounts through various distribution points. Customers can go to the nearest cash point and deposit the money. The impact of demonetisation on the microfinance industry was near-100% disbursements through bank accounts. What Covid is likely to do is to take a substantial amount of customer repayments to non-contact-based channels. It may not be digital in the first stage and may involve paying at a nearby outlet. In the second phase, customers may start paying at the touch of a button from their mobiles. For that to happen, their income has to come in through digital means.