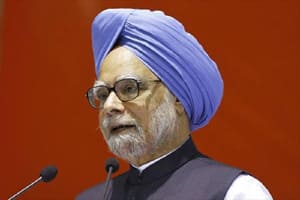 Why was the then coal minister — read former Prime Minister Manmohan Singh — not examined in connection with the alleged malfeasance in allocating two Odisha coal blocks to Hindalco Industries in 2005, a special court asked the Central Bureau of Investigation (CBI) on Tuesday, and the premier probe agency replied that it was not permitted to, bringing embarrassment to Singh and the Congress party.

The CBI had in October, 2013 registered a case against former coal secretary PC Parakh, Aditya Birla Group chairman Kumar Mangalam Birla and unknown officials alleging a criminal conspiracy among them and abuse of position by Parakh in reversing a screening committee decision to allot the Talabira II coal block to public sector Neyveli Lignite to give it to the Birla Group’s Hindalco.

Parakh strongly refuted any wrongdoing on his part and said the committee’s decision was changed after he had received a request sent by Birla from the Prime Minister’s Office for reconsideration.

The former bureaucrat then went on to write a book where he claimed that he had pushed for reforms, including e-marketing and open auction of coal blocks and that had Singh desired, he could have averted the larger coal scam that subsequently led to cancellation of 204 coal blocks by the Supreme Court for arbitrary and non-transparent allocation. The Comptroller and Auditor General had earlier said wrongful allocation of these coal blocks had caused staggering losses to the exchequer.

In an apparent softening of stance, the CBI had in August this year told the special court that “the evidence collected during investigation did not substantiate the allegations levelled against the persons named in the first information report filed in the case”. It also filed a closure report but did a volte face in November after the court remained unconvinced of the grounds on which closure was sought. The agency then said there was prima facie enough evidence against both Birla and Parakh and urged the court to take cognizance of the charge sheet.

Responding to court’s queries on Tuesday, the investigating officer told the court that officials of the Prime Minister’s Office were examined during the probe and it was found that examining the then coal minister was not necessary. He, however, added that the then coal minister was not permitted to be examined. Singh was holding the portfolio of coal ministry when Hindalco was allocated Talabira II & III coal blocks in 2005.

During the hearing, the court directed the CBI to file the case diary before it, after which the senior public prosecutor VK Sharma asked that the agency be allowed to file these documents in a sealed cover. “…I deem it appropriate that let the case diary files and crime files of the present case be summoned and as per the request of senior PP, let it be produced in the sealed cover,” the judge said, and posted the matter for further proceedings on November 27.

The FIR against Birla, Parakh and others had alleged that Parakh had reversed his decision to reject coal block allocation to Hindalco within months “without any valid basis or change in circumstances” and shown “undue favours” by allowing the private firm to share the Talabira II block with state-run Neyveli Lignite. The decision, the CBI said, resulted in a loss to the exchequer.

Following the SC decision to cancel all 204 captive coal blocks, the Narendra Modi government has commenced the ground work for reallocating them. A lot of 74 blocks will be reallocated by March 15 next year; while some of these will be made available to companies with specified end-use plants like power, steel and cement, including those in the private sector, through an e-auction process that will commence on February 11, the remaining will be allotted to the central and state PSUs sans auction.