Currently, the government is facing the biggest challenge of tackling fake invoicing in the GST regime, tax officials are looking at different strategies to curb this menace and shore up revenue collections. 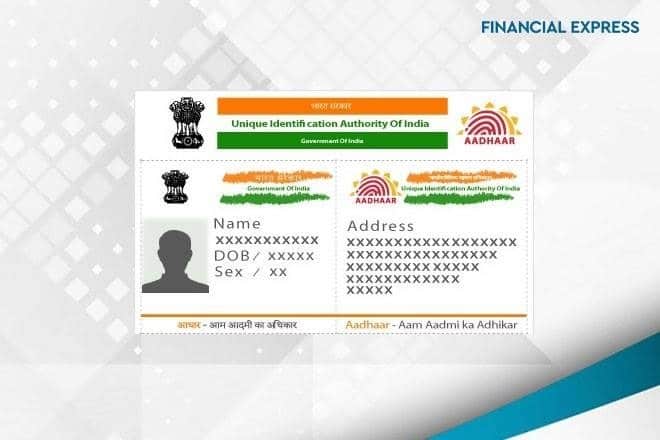 The GST Council which was held on 20th September 2019, Friday in Goa has given in-principle decision to link Aadhaar with the registration of taxpayers under GST and examine the possibility of making Aadhaar mandatory for claiming refunds. Aadhaar number, which is one of the key pillars of the ‘Digital India’ is a 12-digit random number issued by the UIDAI (Unique Identification Authority of India) to the residents of India after satisfying the verification process laid down by the Authority. Aadhaar number is verifiable in an online, cost-effective way. It is unique and robust enough to eliminate duplicates and fake identities, it also holds all vital information of an individual such as name, date of birth, gender, photo and address, and also biometrics.

GST council’s decision to link Aadhaar and GSTN comes from the similar steps taken by Income Tax authorities way back in in 2017, whereby Aadhaar was mandatorily linked to PAN. Now in Budget 2019 Finance minister Nirmala Sitharaman, proposed to allow interchangeability between Permanent Account Number (PAN) and Aadhaar, with effect from 1 September 2019. Linking of the two would off-course have given additional data points to the tax authorities for data analytics. However, CBDT cannot claim that income suppression is a thing of the past and all taxpayers are disclosing the balanced income for taxation purposes. With this background let us critically examine the new thought of linking GSTN & Aadhaar.

Currently, the government is facing the biggest challenge of tackling fake invoicing in the GST regime, tax officials are looking at different strategies to curb this menace and shore up revenue collections. Central Board of Indirect Taxes and Customs (CBIC) Member (Investigation) had recently said that between April and February 2018-19, GST evasion to the tune of INR 20,000 crore was detected, of which INR 10,000 crore was recovered. Officials estimate that evasion through fake and under-invoicing could be pegged at anywhere between one percent and five percent of collections. These are those cases that have been identified, many more would still be left unidentified, and it looks like this is just the tip of the iceberg. Tax officials are also looking at the use of data analytics from the GST Network for variation in returns, variation in e-way bills and are also looking at trends in various sectors to understand where such evasion is taking place.

One of the popular ways of generating fake invoices is setting up fake companies to which businesses issue invoices for sales or by issue invoices to companies within the group or known persons for sales. Issuing invoices allows them to claim the input tax credit. Voluminous incriminating documents such as fake invoices, diaries, letterheads, rubber stamps of fake firms, cheque-books, transporter’s consignment notes, and electronic devices are involved. It has been seen in a lot of instances that persons have taken registration issuing fake invoices to defraud the exchequer. The process of grant of registration is through a common portal and is being granted in three days from the date of application, which requires minimum human intervention. The government is trying to make the authentication as invincible as possible so as to put a check on bogus registrations by linking the aadhaar with GST registrants.

It must be emphasized that Aadhaar is given to individuals only, thereby it may help in identifying proprietary concerns, whereas for other modes like LLP, partnership firms, HUF, companies, etc. there is no such digital Aadhaar card available. Linking Aadhaar of directors may not make much difference as every director who is registered on the portal has already been issued by a Director identification number

(“DIN”) by the ministry of corporate affairs on the basis of all basic details/ documents like photo, PAN Card, address proof, etc. approved by an independent qualified professional like a chartered accountant, company secretary or a cost accountant. If a person has DIN and PAN, he will already have an aadhaar which would already be linked in the portal of income tax, thereby linking aadhaar on the GSTN portal may be a good publicity material but may not contribute much to control the menace of fake bills.

To curb the fake invoicing robust actions are needed, as of now there is no proper invoice matching under GST until now. Another handicap is that visiting the business premises prior to granting GST registration is not followed fully. While the introduction of the e-Way bill has helped to some extent, there is a need to introduce non-invasive system-level checks at this stage itself to ensure that the magnitude of the problem is curtailed.

Principally speaking linking aadhaar and GSTN would not be able to bring GST frauds under control, till the time taxpayers see that evaders are brought to justice. Tax evaders could only be caught using an Aadhar when such a digital card is being made an essential part of daily life as in case of social security numbers being issued in the western world. Aadhaar shall be made compulsory for all government services like education, railways, hotel stays, subsidies, electricity supply, water supply, local travel, services of police, ESI/ PF withdrawals, Banking withdrawals, etc., which would make it impossible for an individual to live under a radar without using Aadhar card. Once the relevance of Aadhaar is heightened then only linking with GSTIN, would be able to put a check bogus billing through ‘ laptop shops’.

The author is a Senior Partner at AMRG & Associates. Views expressed are the author’s personal.