Coronavirus lockdown not to impact farmers due to govt measures: Niti Aayog member

The country is under a 21-day lockdown as part of efforts to curb spreading of coronavirus infections. On the first day of the countrywide lockdown, Chand said some reports came that farmers had to throw their perishable produce on the road. 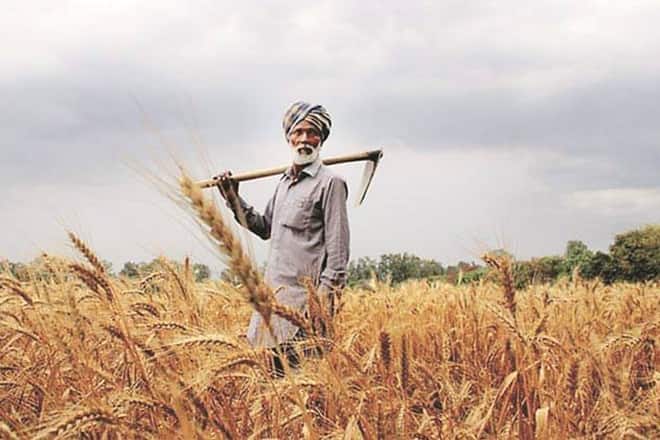 The department of agriculture and horticulture should take immediate steps to market perishable produce like vegetables and fruits in a sustained manner.

The government has taken several measures to safeguard farmers from any adverse impact of the ongoing lockdown, and the farm sector is expected to report a growth of little more than 3 per cent in the just-ended financial year, Niti Aayog member Ramesh Chand said on Tuesday.

In an interview with PTI, Chand said the government has taken measures so that markets work normally during the lockdown period. “The government has responded to the situation. No restriction is put on farmers in going to field and undertaking agriculture operations. So, all those states which are following these guidelines, I do not think there will be any adverse impact on the farmers,” he said.

The country is under a 21-day lockdown as part of efforts to curb spreading of coronavirus infections. On the first day of the countrywide lockdown, Chand said some reports came that farmers had to throw their perishable produce on the road.

After states issuing order and the district administration allowing movement of machinery transport, etc, I see that after first day, we will not have any adverse impact on agriculture or farmers,” the Niti Aayog member said.

Replying to a question, Chand said that in the financial year 2019-20, the farm sector growth is likely to be reported at little more than 3 per cent. “I do not think there will be any impact (of lockdown) on this (farm sector) growth. We are expecting that growth rate of agriculture sector will be little more than 3 per cent. I can say if no shock happens, the long-term growth rate of Indian agriculture will be 3 per cent,” he said.

On fears that farmers may resort to distress sale due to lockdown, Chand said, “You see measures have been taken that markets works normally. Even in case of APMC Act, lots of relaxation has been commended”. “We have written to states that give relaxation to farmers, let them sell their produce,” he added.

Noting that the most important crop of Rabi season is wheat crop, its harvest in north-west India has yet not started, Chand said, “We hope that after one week or so its harvest will start, all necessary arrangements have been made by states”.

The member also explained that the government has announced relief measures to ease the economic impact of the nationwide lockdown on vulnerable section of society, including farmers. “You will find that advance PM-KISAN money has been given to farmers. Whatever free foodgrains is being given to 80 crore families, farmers are also included. In the Jan Dhan accounts, you find that farmers are also included. “So, whatever relief measures, the government has announced so far, they are available to farmers,” he said.

The Niti Aayog member further noted that the duration for interest subvention scheme has been extended. The government on March 26 had announced a Rs 1.7 lakh crore stimulus that included free foodgrain and cooking gas to poor for three months, and cash doles to women and poor senior citizens as it looked to ease the economic impact of the nationwide lockdown.

While over 80 crore poor ration card holders will each get 5 kg of wheat or rice and one kg of preferred pulses free of cost every month for the next three months, 20.4 crore women having Jan Dhan bank accounts would get one-time cash help of Rs 1,500 spread over three months.

On March 27, the government exempted farming operations, farm workers, custom hiring centres of farm harvesters and implements as well as mandis and procurement agencies from the lockdown rules. The government has allowed fertiliser shops to function and even manufacturing and packaging of fertilisers, pesticides and seeds have been permitted during the lockdown period. Inter and intra movement of farm machinery related to sowing and harvesting is also exempted from the lockdown rules.