The two-week annual climate conference being held at Lima has reached its half-way stage. 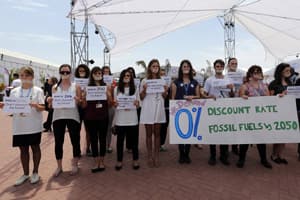 The two-week annual climate conference being held at Lima has reached its half-way stage. Amitabh Sinha takes you through the discussions that have taken place in the last one week.

What has been achieved in the first week?

The climate talks have never delivered any result in the first week and there have been no decisions here as well. Parallel sessions are being held on a wide variety of issues including the basic elements of the climate agreement that is expected to come into being in next year’s meeting at Paris. A large number of technical and administrative sessions are also held.

So what has been the progress made?

The most important discussions have been focussed around INDCs, or Intended Nationally-Determined Contributions, which is the main building block for the future climate treaty. Each country has to report by next year what it intends to do to contribute to the fight against climate change. Various options on the kind of actions that can be included as ‘contributions’ have been discussed. There are differing views on this and countries are far away from convergence. The discussions on these will become more intense in the second week. The main points of contention on INDCs are the following

So how are these differences being sorted out?

Small contact groups have been made where negotiators are trying to reach a middle ground. Meanwhile, a draft text on INDCs has been prepared which is being discussed by all the countries at a larger forum for agreement on other, non-contentious, issues.

What is expected in the second week?

Negotiations are known to get speeded up in the second week of the climate conference. An agreement on the definition and structure of the INDCs is the least that the countries want to go back with. Next week will also have the high-level segment in which ministers and political leaders participate. India’s Environment Minister Prakash Javadekar will attend the ministerial sessions.