A high level official delegation from India will visit Iran to discuss enhancement of trade ties between the two countries. 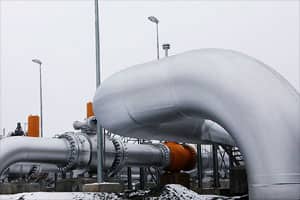 The offer which closed yesterday is said to have received total bids for an estimated 10.1 crore shares, as against a requirement for 9.26 crore shares for the offer to succeed. (Reuters photo)

A high level official delegation from India will visit Iran to discuss enhancement of trade ties between the two countries.

The visit assumes significance as India is one of the largest importers of crude oil and exporters of basmati rice from Iran. Iran has the world’s fourth-largest oil reserves.

Commerce Secretary Rajeev Kher, who will be on a two-day visit starting from Monday to Tehran, will meet his Iranian counterpart and is also expected to meet the Iranian trade minister.

“Both the sides would deliberate upon issues including exports of basmati rice, project exports and other areas where both countries can increase trade,” an official said.

The resolution of issues between Iran and the West over its nuclear programme is expected to help India in increasing trade ties particularly in oil sector with that country.

The US and its allies had blocked all financial channels to Iran in order to choke it and asked countries to cut their oil purchase from the Persian Gulf nation.

India’s exports to Iran have increased two-fold in the last couple of years. This has been facilitated by the Rupee- Riyal payment mechanism.

The new Foreign Trade Policy has said that the potential for bilateral trade, however, has not even been scratched on the surface.

“Given the significant complementaries between the two economies, project exports to Iran hold out a lot of promise and need to be adequately supported,” it has said.

Keeping in view the long-term potential of project exports to Iran especially in the railways sector, an umbrella financing agreement for rupee credit has been signed between EXIM Bank of India and Iranian banks. The financing will be on commercial terms and in rupees.

As per the new Foreign Trade Policy, the Rupee-Riyal mechanism has stabilised and is now showing results. “We will continue to strengthen this mechanism for long term results,” it added.

Bilateral trade in areas such as meat, agricultural products, gems and jewellery, engineering, pharmaceuticals, automobiles and auto components will be encouraged, the policy has said.