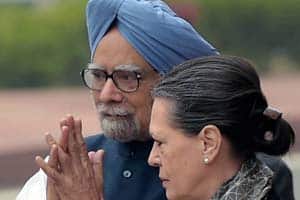 The CBI was today directed by a special court to record statements of former Prime Minister Manmohan Singh, who was holding charge as Coal Minister in 2005, and others in a coal blocks allocation scam case allegedly involving top industrialist Kumar Mangalam Birla.

Refusing to accept CBI’s closure report filed in the matter, Special CBI Judge Bharat Parashar said, “I have ordered further investigation. I desire that statements of the then minister of coal (Manmohan Singh) be recorded besides other officials.”

The court also directed the agency to file status report of its further probe in the case on January 27, next year.

The court passed the order in a case in which an FIR was lodged against Birla, ex-coal Secretary P C Parakh and others relating to allocation of Talabira II and III coal blocks in Odisha in 2005 to Hindalco.

Earlier, on December 12, court had reserved its order for today on the CBI’s closure report filed in the matter, in which the agency had also submitted the case diary and crime files in a sealed cover.

On November 25,CBI had come in for some tough questioning from the court which had asked why the agency did not question former Prime Minister Singh, who was also holding the Coal portfolio between 2005 and 2009.

The court’s observations had came after CBI had submitted that initially it felt Singh’s examination was required, but later it was found to be not necessary.

The FIR against Birla, Parakh and others was registered in October last year by CBI which had alleged that Parakh had first rejected coal block allocation to Hindalco but had reversed his decision within months “without any valid basis or change in circumstances” and shown “undue favours”.

CBI had booked Birla, Parakh and other Hindalco officials under various IPC sections, including criminal conspiracy and criminal misconduct on part of government officials.

On November 10, CBI had told the court that there was “prima facie enough material” to proceed against some private parties and public servants in the case.

The Supreme Court-appointed special public prosecutor (SPP) R S Cheema for CBI had submitted before the judge that the court can take cognisance of the offences mentioned in the closure report as there was prima facie “evidence against the accused to show their involvement”.

CBI had booked Birla, Parakh and other unknown persons for offences under section 120-B (criminal conspiracy) of the IPC and various provisions of the Prevention of Corruption Act.

In its FIR, the agency had alleged that during the 25th Screening Committee meeting, chaired by Parakh, applications of Hindalco and Indal Industries were rejected for mining in Talabira II and III “citing valid reasons”.

More Stories on
CBIcoal scammanmohan singh
Next Story
States on board, elusive GST in sight