Petrol and diesel as well as telephony services may cost more if the government accepts recommendations of a panel of Chief Ministers to levy a cess on these to fund Swachh Bharat Abhiyaan. 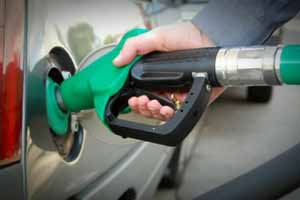 After two rounds of cuts, petrol prices were today raised by Rs 3.96 per litre and diesel by Rs 2.37 a litre, tracking global cues. (PTI)

Petrol and diesel as well as telephony services may cost more if the government accepts recommendations of a panel of Chief Ministers to levy a cess on these to fund Swachh Bharat Abhiyaan.

Complimenting the Chief Ministers for their efforts, the Prime Minister said: “The task of accomplishing Swachh Bharat, though difficult, is not impossible to achieve.”

The report has also proposed a cess on accumulated waste produced by mineral waste generation plants like coal, aluminum and iron ore.

The Finance Bill 2015 has mandated the government to levy Swachh Bharat Cess at a rate of 2 per cent or less on all or certain services, if need be.

“The sharing pattern of funds for this programme between the Centre and states may be in the ratio of 75:25 while for hilly states, it may be kept at 90:10.

“A Swachh Bharat Cess may be levied by the central government on petrol, diesel, telecom services and also on accumulated waste produced by mineral waste generation plants like coal, aluminum, and iron ore,” the report said.

The committee was set up to examine financial requirements for comprehensive implementation of the Swachh Bharat Mission and to suggest measures for meeting budgetary needs and recommend robust institutional mechanisms for effective implementation, among others.

The report further said a certain part of the “CSR contributions by PSUs/companies” may be spent in states where they are located.

It also made a case for issuance of Swachh Bharat bonds by central and state governments to raise resources for the programme, which was launched by Modi last year.

The report suggests integration of rag-pickers into waste management system so that their livelihood is not adversely affected.

Both the Centre and states should work towards eradication of manual scavenging through strict enforcement of law, it said, adding that laws and rules on waste management need to be reviewed for ensuring strict enforcement.

Another major recommendation of the panel is provision of tax exemptions to the private sector for setting up waste processing facilities to make it a viable activity.

The report suggested that the tariff policy for power generated from waste may be formulated by the Ministry of Power and tariff for power from these plants may be fixed by the Electricity Regulatory Commission in a manner that such projects are viable.

Also, state electricity boards or distribution companies may be mandated to compulsorily buy the power generated from the waste.

Waste to energy plants may be set up in PPP mode in bigger and cluster municipalities whereas composting method may be adopted for smaller towns and villages.

It also said the incentive amount for construction of one unit of IHHL (Individual Household Latrine) in urban and rural areas should be equal and raised to Rs 15,000.

While pitching for inclusion of a chapter on sanitation practices in school curriculum from the first standard itself, the report said that in each school and college, a team of students called the ‘Swachhta Senani’ may be formed to spread awareness about sanitation and cleanliness.

The panel also spoke of the need to have an individual household toilet for anybody contesting an election for local bodies.

“Furthermore, toilet construction and Behaviour Change Communication have to be given an equal priority as the success of an ODF (Open Defecation Free) programme will ideally be measured against the increase in toilet usage,” it said.

“To bring about this transformation, a professionally driven behaviour change communication strategy and increasing funding for the information, education and communication (IEC) component of the mission is required.”

It has also pitched for a reduction in subsidy for chemical fertiliser and an increase for compost to encourage its use.

It has proposed incentive measures such as Swachh Bharat grading for all gram panchayats, municipalities, blocks, districts and states each year to promote competition.

It has been recommended that one day in each month and one week in each year culminating in October 2 be assigned for Swachh Bharat Abhiyaan and the best-performing entities be rewarded.