India’s latest set of incentives to entice businesses moving away from China seem to be working, with companies from Samsung Electronics Co. to Apple Inc.’s assembly partners showing interest in investing in the country. 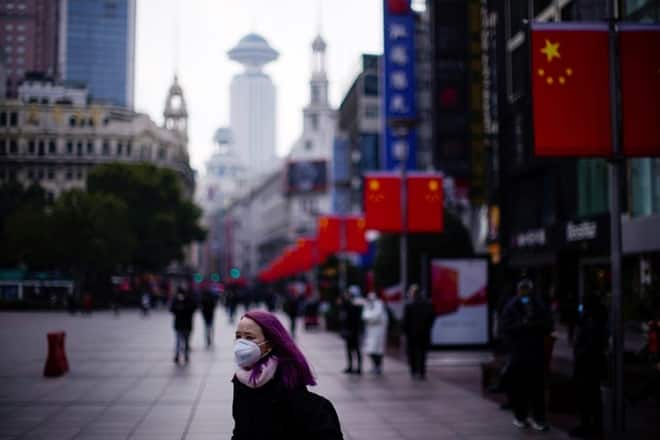 More than 37 people in East China's Jiangsu Province contracted with the SFTS Virus in the first half of the year. (Reuters)

India’s latest set of incentives to entice businesses moving away from China seem to be working, with companies from Samsung Electronics Co. to Apple Inc.’s assembly partners showing interest in investing in the South Asian nation. Prime Minister Narendra Modi’s government in March announced incentives that make niche firms — electronics manufacturers — eligible for a payment of 4%-6% of their incremental sales over the next five years. The result: about two dozen companies pledged $1.5 billion of investments to set up mobile-phone factories in the country.

Besides Samsung, those that have shown interest are Hon Hai Precision Industry Co., known as Foxconn, Wistron Corp. and Pegatron Corp. India has also extended similar incentives to pharmaceutical businesses, and plans to cover more sectors, which may include automobiles, textiles, and food processing under the program.

While companies have been actively looking to diversify supply chains amid the U.S.-China trade tensions and the coronavirus outbreak, it hasn’t yet translated into big gains for India despite the nation making it cheaper for businesses to open shop. Vietnam remains the most favored destination, followed by Cambodia, Myanmar, Bangladesh and Thailand, according to a recent survey by Standard Chartered Plc.

“There is a reasonable chance for India to gain in terms of incremental investment of supply chains within the country over the medium term,” said Kaushik Das, chief India economist at Deutsche Bank AG in Mumbai. “These programs are aimed at increasing India’s manufacturing share in the gross domestic product.”

The government expects the program for electronics alone could lead to $153 billion worth of manufactured goods over the next five years and create about one million jobs directly and indirectly.

This would bring an additional investment of $55 billion over five years, adding 0.5% to India’s economic output, according to analysts led by Neelkanth Mishra at Credit Suisse Group AG. This could shift an additional 10% of global smart-phone production to India in five years, most of it from China, they wrote in a report Aug. 10.

That complements Modi’s goal to grow the share of manufacturing in the economy to 25% from the current around 15% as part of his ‘Make in India’ program. His government has already lowered taxes on companies to among the lowest in Asia, seeking to attract new investments in an economy headed for its first contraction in more than four decades this year.

The latest output-linked incentive plan is a “big win for Make in India,” Amish Shah, an analyst at BofA Securities, said in a report to clients. He sees gains for industrials, cement, pharmaceuticals, metals and logistics, with long-term indirect benefits across many sectors.