China has come under increasing pressure from nations across the world, including the US, over the lack of transparency in its handling of the coronavirus pandemic, which has so far claimed more than 190,870 lives globally, with America leading the tally with nearly 50,000 deaths. 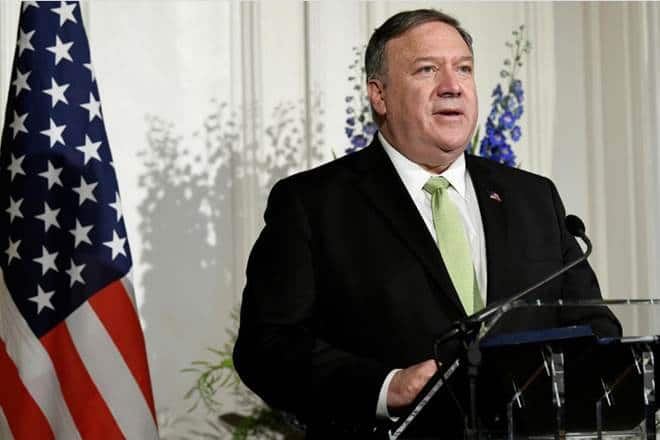 Over the last few weeks, he has spoken over phone – at least four times – with External Affairs Minister S Jaishankar.

Blaming China for the coronavirus pandemic, US Secretary of State Mike Pompeo said it has caused a “huge challenge” for the global as well as the US economy by not sharing the information they had and the ruling Communist Party “will pay a price” for it.

China has come under increasing pressure from nations across the world, including the US, over the lack of transparency in its handling of the coronavirus pandemic, which has so far claimed more than 190,870 lives globally, with America leading the tally with nearly 50,000 deaths.

President Donald Trump had said his administration was looking into reports that the novel coronavirus “escaped” from a Wuhan virology laboratory before it spread to the world. “I am very confident that the Chinese Communist Party will pay a price for what they did here, certainly from the United States. I don’t know exactly what form that will take,” Pompeo told Fox News in an interview on Thursday night.

However, he underlined that the focus was not on China now but the US administration’s goal is to control the virus and revive the American economy. “It’s on making sure we keep Americans safe, take down the health risk, keep people healthy as we can, and get this economy going back,” he said. “But I am very confident. I talk to business people all around the country. I talk to ordinary citizens — people who have put their lives at risk over the last weeks. They know that this is a result of this virus that originated in Wuhan, China, and they know that the Chinese government didn’t do the things it needed to do. There will be a cost associated with that,” Pompeo asserted.

Pompeo said there will be a time to make sure that “we get this right” and to make sure that the US is not dependent on China for its pharmaceutical goods. The top US diplomat said Americans are angry over China’s handling of the coronavirus outbreak and President Trump also feels the same way.

“China caused an enormous amount of pain, loss of life, and now a huge challenge for the global economy and the American economy as well, by not sharing the information they had. We still don’t have full transparency from the Chinese Communist Party…there are things we don’t know…We haven’t been able to get our team on the ground to do the work that it needs to do,” Pompeo said.

“This is an ongoing challenge in that the Chinese Communist Party and the World Health Organisation have failed to do the things they have the responsibility to do when they have a pandemic inside of their country,” he said.