A leaked report from a Chinese government-backed think tank has warned of a potential “financial panic” in the world’s second-largest economy. 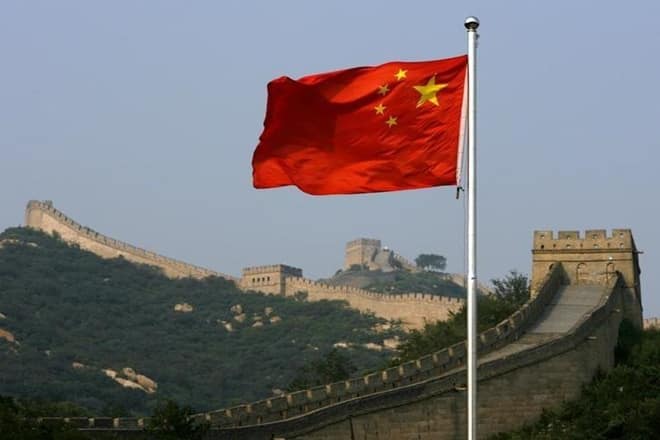 A leaked report from a Chinese government-backed think tank has warned of a potential “financial panic” in the world’s second-largest economy. (Reuters)

A leaked report from a Chinese government-backed think tank has warned of a potential “financial panic” in the world’s second-largest economy, a sign that some members of the nation’s policy elite are growing concerned as market turbulence and trade tensions increase.

Bond defaults, liquidity shortages and the recent plunge in financial markets pose particular dangers at a time of rising U.S. interest rates and a trade spat with Washington, according to a study by the National Institution for Finance & Development that was seen by Bloomberg News and confirmed by a NIFD official. The think tank warned that leveraged purchases of shares have reached levels last seen in 2015 — when a market crash erased $5 trillion of value.

“We think China is currently very likely to see a financial panic,” NIFD said in the study, which appeared briefly on the Internet on Monday, before being removed. “Preventing its occurrence and spread should be the top priority for our financial and macroeconomic regulators over the next few years.”

The study provides another indicator that China is growing concerned about the knock-on effects of trade tensions with the U.S. In recent weeks, prominent academics have begun to question if the country’s slowing, trade-dependent economy can withstand a sustained dispute, which has already started to weigh on stock prices and the yuan.

China should stand ready to roll out a mix of fiscal and financial-sector measures in the event of a systemic crisis, according to NIFD, which was established in 2005 as a national-level think tank backed by the Chinese Academy of Social Sciences. Authorities should also be willing to step in with full financial support if a major default roils markets, rather than taking piecemeal steps, NIFD said.

Chinese stocks entered a bear market this week, with the benchmark Shanghai Composite Index falling more than 20 percent from its January high, while the yuan has slumped more than 3 percent in the past two weeks. The currency dropped to the lowest level since December on Wednesday.

NIFD said China had failed to address the issue of leveraged stock purchases, a major contributor to the market collapse three years ago. Such wagers have reached about 5 trillion yuan ($760 billion), a similar level to 2015, according to the NIFD report.

“We failed to clean up the leveraged funds after the 2015 market rout; they have staged a comeback in a new guise,” NIFD said.

The think tank said China’s State Council should be ready to implement any market support measures in coordination with the central bank and other regulators, key government ministries, and the police.

An official at the NIFD confirmed the report and said it is being used for the institute’s internal discussions.