People’s Bank of China (PBOC) said on its website that it is lowering the one-year benchmark bank lending rate by 25 basis points to 4.6 percent, effective from Aug 26. 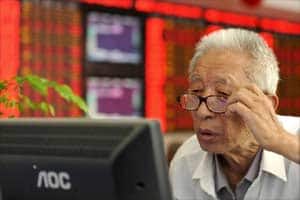 Chinese market is also under pressure from a coming wave of 10 initial public offerings that analysts estimate will freeze roughly 3 trillion yuan ($467.45 billion) during subscriptions.(Reuters)

China has cut interest rates for fifth time in nine months in a new effort to shore up slowing economic growth.

The central bank said Tuesday said the benchmark rate for a one-year loan will be cut by 0.25 percentage point to 4.6 percent and the one-year rate for deposits will fall by a similar margin to 1.75 percent.

The bank also increased the amount of money available for lending by reducing the minimum reserves banks are required to hold by 0.5 percentage point.

The moves had been anticipated by financial analysts after exports, manufacturing and other economic indicators weakened by larger margins than expected.