Prem Watsa, the billionaire head of Fairfax Financial Holdings Ltd., sees plenty of opportunities for investment in the U.S. and his native India. He’s less interested in the other Asian powerhouse. 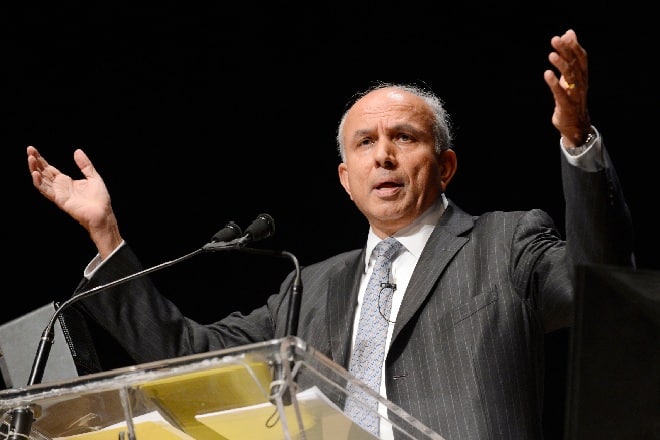 Prem Watsa, the billionaire head of Fairfax Financial Holdings Ltd., sees plenty of opportunities for investment in the U.S. and his native India

Prem Watsa, the billionaire head of Fairfax Financial Holdings Ltd., sees plenty of opportunities for investment in the U.S. and his native India. He’s less interested in the other Asian powerhouse.

“In China, we are less invested,” Watsa said in an interview with BNN Bloomberg Television Friday. “We like democracy. We like business-friendly policies.”

Watsa, who emigrated from India 46 years ago, is most excited about the opportunities being created there due to the policies implemented by Prime Minister Narendra Modi.

“He’s very business friendly and he’s got a great track record,” he said.

In the U.S., after eight years of poor economic growth of 2 percent or less, there’s a lot of pent-up demand in several sectors that’s creating investment opportunities as well.

“Housing starts have been very minimal for a long period of time,” he said. “So what that means is that in the next four or five years you have to make up for that. Then you have new households being formed,” he added. “You do that for housing. You do that for automobiles. You do that for infrastructure. We think there might be a pretty long runway.”

He said that pent-up demand is also being supported by the Trump administration and the changes they have made to roll back corporate taxes and decrease regulations.

“We see all of that being positive for business and ultimately business drives the economy,” he said.

Watsa said last month his Toronto-based insurance and investment company was stockpiling cash as he looks for cheap stocks. The chief executive officer said at the time about 50 percent of Fairfax’s portfolio was in cash, up from 39 percent the previous year. He also joined a chorus of investors and analysts in saying that Canada is facing a harder time competing with the U.S. given higher corporate taxes and delays in getting projects like pipelines built.

He reiterated that Friday, saying that while Canada will benefit from more business-friendly measures being implemented in the U.S., there are downsides to that.