Victor Fedeli, Minister of Economic Development and Trade, Government of Ontario, Canada speaks on ways to boost bilateral trade and investment. Thrust on new tech and investor-friendly policies drive such investment and Canada is keen about partnering Indian stake holders in this journey. 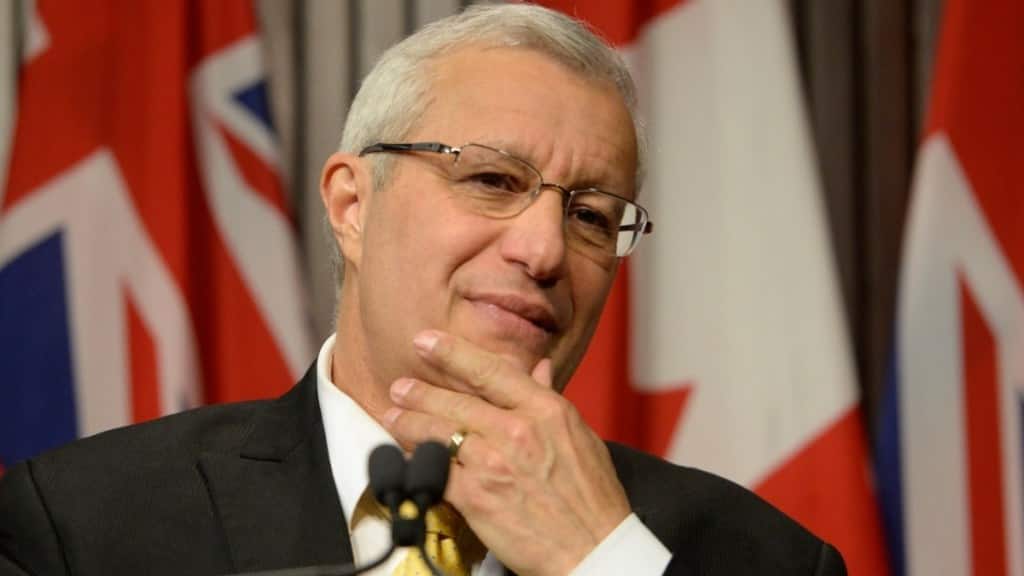 Canada is becoming the hub of global investment. In fact, the Ontario province attracts over $16 billion in investments. Thrust on new tech and investor-friendly policies drive such investment and Canada is keen about partnering Indian stake holders in this journey. Victor Fedeli, Minister of Economic Development and Trade, Government of Ontario, Canada speaks on ways to boost bilateral trade and investment.

Key sectors for the growth

Outlining the incentives and tech advantages for Indian investors in Canada, especially for the auto sector, Victor Fedeli said, “We have the beauty of having a province that has the minerals in the ground in the northern part of Ontario, and the auto production in the southern part. So, Ontario is the only province in all of Canada that makes automobiles. We have five different automotive companies in Ontario and we’re the only jurisdiction in all of North America that has five different automotive companies making vehicles.”

But the thrust is more on the electric vehicle as Minister Fedeli talks about the research and development, “For the electric vehicles, we have the lithium, the nickel and all of the minerals. Again, Canada is the only jurisdiction in North America that has all the minerals required to make a lithium-ion battery. We have the mines in the north. We’re encouraging the development now of making lithium hydroxide, which is necessary for the battery to be made in the north. So, we are out right now worldwide attracting one or two companies to invest in lithium hydroxide facilities.”

He added that his province is already collaborating with LG energy solutions who are building their $5 billion facility to make batteries, “To make a cathode, we’re looking for a company to make anode separator and copper foil. And we have, in the last 22 months attracted $16 billion of EVs investment in Ontario.”

On the issue of immigration and mobility, Minister Fedeli said: “About 900,000 people of Indian origin live in Ontario. It’s a small version of India. Certainly, it is a wonderful addition to the province of Ontario, but we also have 75,000 Indian students who come every year to be educated in the province of Ontario. So, it appears that it’s a great place for families to emigrate. It’s a great place to send your kids for a Canadian education.”

Free Trade agreement is what Canada believes in. Minister Fedeli pointed out that Canada is the only G7 country that has free trade agreements with every other member country and referred to the  North American Free Trade Agreement (NAFTA) in the context of unlocking the full potential of our bilateral trade, “Look at the NAFTA agreement, the United States-Mexico-Canada (USMCA) as it’s now called, that’s an agreement between the United States Mexico and Canada. I still call it NAFTA 2.0. It is allowed for Ontario to ship and receive a billion dollars a day with the United States.”

Due to NAFTA, regional trade increased sharply from roughly $290 billion in 1993 to more than $1.1 trillion in 2016. Cross-border investment also surged. India and Canada are currently engaged in the negotiation for the FTA but the pace is slow and inconclusive.

Besides the increasing trade and investment, Canada has a thriving defence industry. Elaborating on defence cooperation with India, he explained that while Indo- Canadian defence cooperation is unfolding, Ontario is more focused towards commercial aircraft manufacturing, “In Ontario, we are still one of the manufacturing leaders in the country, it’s where most things are produced. Again, that’s more of the federal government issues that you’re referring to. We make aircraft in Ontario. We make commercial aircraft in Ontario. We’re not a province that builds a lot of defence equipment.”