To check the call drops menace, telecom regulator TRAI is examining whether mobile operators are minting money by inducing the phone calls to drop midway, while it also plans to launch a consultation paper to devise a broader mechanism to address this problem. 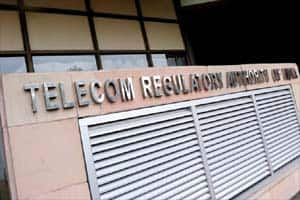 Trai provided for a penalty of Rs 50,000 for each day on service providers if they flout the order. The penalty would be subject to a maximum of Rs 50 lakh.

To check the call drops menace, telecom regulator TRAI is examining whether mobile operators are minting money by inducing the phone calls to drop midway, while it also plans to launch a consultation paper to devise a broader mechanism to address this problem.

“We are coming out with a consultation paper on call drops. We will consult all the stakeholders on the various facets of call drops,” Telecom Regulatory Authority of India (TRAI) Chairman R S Sharma told PTI.

The regulator is also examining whether there are any tariff plans of the service providers wherein call drops actually incentivise or benefit the companies, he added.

“We have called for the information from the companies,” Sharma said.

This follows a direction from the Department of Telecom to TRAI to suggest a disincentive mechanism for call drops and also examine the tariff plans of operators to ascertain whether they incentivise call drops.

The industry has refuted charges of deliberate call drops and the companies have instead put the blame on lack of mobile towers and spectrum for the problem.

Bharti Airtel (India and South Asia) Gopal Vittal had recently said that about 95 per cent plans are second-based, so they don’t earn anything if a call gets dropped.

However, Telecom Secretary Rakesh Garg said there are certain plans wherein customers get some free minutes and the billing is minute-based, which need to be examined.

Hitting out at telecom operators for lack of investment in networks leading to call drops, the government said they can not escape the responsibility of meeting standards as it is their basic service obligation.

Rejecting the reasons given by the operators, such as shutting down of towers and radiation fears, the government has said all these factors existed earlier too but the problem has worsened in the last seven months.

Garg said if expenditure on spectrum is set aside, operators have invested only about 13 per cent of their revenue into infrastructure.

A recent TRAI report found that most of telecom operators in Delhi and Mumbai were not meeting the prescribed standards regarding call drops.

The industry is demanding a uniform national policy for towers to tackle the problem.

The operators said that about 7,000-10,000 sites are locked or shut down across major cities like Delhi, Mumbai, Chandigarh, Bengaluru, Hyderabad, Patna and Jaipur due to various reasons, including sealing orders by local bodies without prior notice.

More Stories on
TRAI
Next Story
More than half the country has received normal rainfall: India Meteorological Department