Call drops have become a severe problem in recent months and concerns have been raised by Prime Minister Narendra Modi as well in this regard. 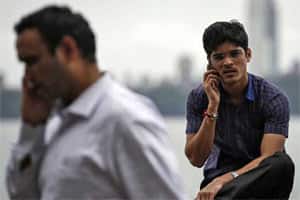 With the problem of call drops becoming acute, regulator TRAI today said it will issue final recommendations by mid-October on compensation to be paid by mobile operators to their customers.

The telecom watchdog has already floated a draft paper on the issue of call drops and is currently reviewing the quality of services being offered by various operators.

“We have floated a paper relating to compensation and have sought comments from operators… after which there will be an open house discussion. I expect that by October 10-15, we will give the final recommendations in this regard,” TRAI Chairman RS Sharma told reporters on the sidelines of an Assocham event here.

He held a meeting with CEOs of mobile operators yesterday and asked them to improve services or face stringent measures against them.

Call drops have become a severe problem in recent months and concerns have been raised by Prime Minister Narendra Modi as well in this regard.

The government has also warned the companies to get their act right on call drops issue or face action.

“At present, I am not thinking of any kind penalty imposition but I don’t rule out the option if the situation doesn’t improve because naturally if there is an issue it needs to be addressed by those who are in the game,” Telecom Minister Ravi Shankar Prasad said yesterday.

Top executives of leading operators including Bharti Airtel, Vodafone, Idea and Reliance Communications were called yesterday by TRAI for a meeting on the issue of call drops.

Sharma asked them to show improvement in 15 days and said any further action can be taken later.

“I have told them that after 15 days we will have another test drive in the city of Mumbai and Delhi and we will also have data relating to other places. We will measure if there is any improvement in the situation or not,” he had said after the meeting.

Asked if penal measures will be taken if operators fail to show any improvement, Sharma said, “We will cross the bridge when we come to it, but I don’t have any reason to disbelieve the operators (as yet).