Must Read
Gold rate today: (Friday, November 15, 2022)
Laid off? The severance pay you received is not tax-free. Know how it is taxed
Budget FY24: Steps to further improve compliance seen; Few major tax sops likely
Why Bisleri is a good fit for the Tatas
Pause slide

Budget 2017 will have an impact on sentiments of investors, says Shiv Gupta, CEO Sanctum Wealth

Shiv Gupta, CEO Sanctum Wealth said that Budget 2017 will have an impact on sentiments of investors. Speaking to news agency PTI, he said that the next five to six months are crucial. 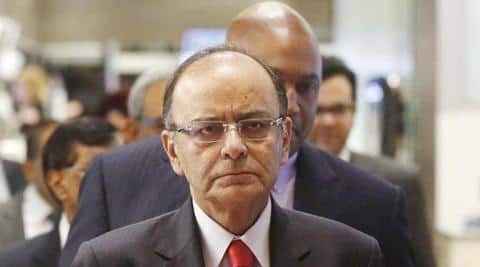 “From counterfeit currency to terrorism, everything is a result of heavy dependence on cash economy,” Jaitley said while speaking at the Digi-Dhan Mela at Vigyan Bhavan here. (Reuters)

Shiv Gupta, CEO Sanctum Wealth said that Budget 2017 will have an impact on sentiments of investors. Speaking to news agency PTI, he said that the next five to six months are crucial. There will be several cross current developments in India and overseas like demonetisation, developments in the US and Europe. Despite demonetisation shake-up, wealth management business in India is poised to grow 17-18 per cent each year for the next few years and the next couple of months will be crucial for building people’s sentiment towards investment.

In the last Budget, government shunned the temptation to be slack on the deficit targets broght a higher level of comfort to investors by going a small way towards reducing tax incidence on businesses and their compliance burden. It also addressed the mass of disputes and litigation in the areas of taxation and infrastructure and gave a leg-up to the “Make in India” project. Finance Minister Arun Jaitley’s Budget speech had the clear imprint of Prime Minister Narendra Modi on it. He made some visible efforts at taxing the rich more and using the proceeds to finance rural and farm-sector schemes.

In BUdget 2016, the FM had announced a total outlay of Rs 2.2 lakh crore on infra spending, that included a total allocation of close to Rs 97,000 crore towards road development and a commitment to approve nearly 10,000 km of national highways in FY17. The Budget also proposed to revive 160 under-served airports & airstrips at an estimated cost of Rs 50 to 100 crore each. Despite sticking to its commitment of reducing the corporate tax rate from 30% to 25% over four fiscal years, the FM did not announce any tapering in the tax rate for larger corporates even as incentives such as accelerated depreciation and weighted deductions have been reduced for all eligible taxpayers.