Telephone bills are set to pinch more as service tax has been increased to 14 per cent in the budget and telcos are likely to pass on the burden to consumers. 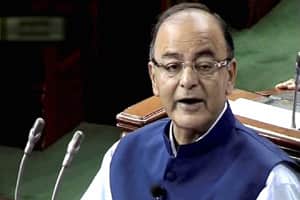 Telephone bills are set to pinch more as service tax has been increased to 14 per cent in the budget and telcos are likely to pass on the burden to consumers.

Finance Minister Arun Jaitley in his budget proposals, presented in Parliament today, increased the service tax rate to 14 per cent from the current 12.36 per cent.

On the increase of service tax rate, Jaitley said: “To facilitate a smooth transition to levy of tax on services by both the Centre and the states, it is proposed to increase the present rate of service tax plus education cesses from 12.36 per cent to a consolidated rate of 14 per cent.”

Reacting to the development, GSM operators’ body COAI said bills will be expensive by half a per cent as burden has to be passed to the end-user.

“The bills will be expensive by half a per cent from the present…because it’s a tax and has to be passed on and collected from the end user so it makes the overall bill more expensive for the consumer,” COAI Director General Rajan S Mathews said.

He added the increase in service tax “is negative” and and makes the services more expensive.

“The enabling provisions for levy of Swatchh Bharat Cess have been introduced, which shall be treated as service tax. In case Cenvat credit is not allowed, the suggested cess at 2 per cent would increase the effective service tax rate to 16 per cent; which will be a huge cost for the telecom industry,” he said.

Commenting on the overall budget, Mathews said telecom industryâ€™s issues has not been addressed.

“While a few proposals in the Union Budget may help growth of telecom and broadband, overall, the industryâ€™s concerns and submissions have been left unanswered. With the Governmentâ€™s thrust on the Digital India initiative, a more supportive budget was expected for the telecom sector,” he added.

COAI said the silver lining in the budgetary proposal for the sector was the linking Jan Dhan programme, Aadhaar and Mobile telephony.