Britain’s decision to pull out of the EU heaped fresh uncertainties on Indian exports, as industry fears a short-term cascading effect of global currency and stock market volatility and awaits the terms of the exit, likely by 2018. 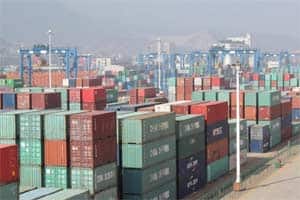 Amid controversy surrounding the consumption of beef in India, a leading credit rating and research institution says the country's export of buffalo meat over the next five years would reach close to Rs 40,000 crore. (Reuters)

Britain’s decision to pull out of the EU heaped fresh uncertainties on Indian exports, as industry fears a short-term cascading effect of global currency and stock market volatility and awaits the terms of the exit, likely by 2018. While some export-oriented sectors like information technology and garments see some immediate relief in the form of a weakening rupee, a Europe sans the UK undermines the potential economic gains of the proposed India-EU free trade pact for them.

Already, commerce minister Nirmala Sitharaman said on Friday she would talk to her EU counterpart, as the government signalled a re-calibration of tariff offers for the proposed FTA. For instance, Britain makes up for roughly a third of India’s apparel exports to the EU, which, as a 28-nation block, is the largest export destination for Indian apparels with a 37% share. The World Trade Organization said on Friday it was ready to help Britain and the EU “in any way we can”.

“If Britain gets the same treatment in terms of free tariff and free movement of persons, not much will change for India. However, if Britain gets the treatment as applicable to a non-member country, it may lead to positive impact on India’s exports to EU as well as to Britain,” Federation of Indian Export Organisations (FIEO) said.

Also Read: Brexit & India; Here’s what you must know

According to Ram Upendra Das, professor at the Research and Information System for Developing Countries, Britain has a two-year window to negotiate a new treaty to replace the terms of EU membership. Both the parties will have to sort out issues like trade tariffs, migration, and other regulations even under the WTO. “While such issues may impact financial markets in the short term, there is no need to press a panic button, as India’s economic fundamentals are strong,” he said.

While a weakening rupee may help domestic exporters in some other markets, the sharp depreciation in both the British Pound and Euro is giving greater competitiveness to the UK’s and EU’s products in areas like steel and pharmaceuticals where they compete with India. However, Brexit is unlikely to have much impact on India’s trade with the UK or the European Union in the long run, exporters added.

The IT industry also sees short-term pains like a fluctuating currency and delays in getting new contracts, but it feels IT firms will have to continue to find ways to remain competitive and hence seek additional outsourcing expertise. Sterling fell as low as $1.3305, its weakest level against the dollar since September 1985. It fell 6% against the euro and 15% against the yen.

“We will however have to keep watching currency based volatility, both in the short and the medium term and also look at the impact on overall trade itself,” Sitharaman said. She added that FDI inflows are unlikely to be affected as investments depend on the strength of an economy and “our economy is sound and clear”. “However, London being the financial capital of the world and now it is outside the EU, the impact of the decision (will depend) on how pound is going to recover,” the minister said.

Ashok G Rajani, Chairman of Apparel Export Promotion Council, said, “Britain’s exit would significantly dilute the relevance of EU FTA for us.” With Brexit on, the only way to expand business in UK, would be through bilateral negotiations, which would mean a new set of negotiations and a longer timeline, he said. At present, India enjoys a 20% tariff preference in the EU under its GSP programme. It is to be seen how this gets impacted after Brexit, for exports to UK. “It would also be interesting to see how the competition unfolds in the EU, with countries with zero duty benefit in the EU (like Bangladesh) also loosing out with Britain’s exit.

The pharmaceutical industry feels the Brexit pinch is only for a short term, as Europe does not account for more than 10% to 15% of the overall sales revenues, of even big companies like Dr Reddy’s, Biocon, Aurobindo Pharma,Wockhardt.

Already, the WTO has forecast that growth in world trade will come down to 2.8% in 2016, lower than a previous forecast of 3.9%. The IMF, too, trimmed its earlier forecast to project a 3.1% growth in trade volumes for 2016, compared with 3.4% predicted earlier. Given such a scenario, the uncertainties surrounding the terms of trade following Brexit will also weigh on global and Indian exports.