India’s imports of the Chinese goods in the first four months of the fiscal shrank by 29.2%, while its overall merchandise imports contracted by a massive 47.9%. 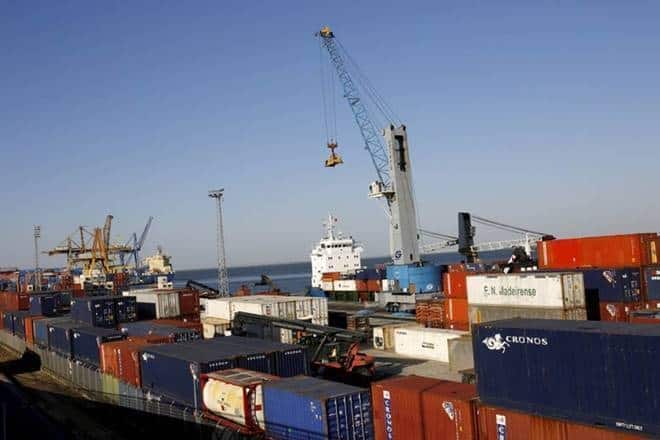 In contrast, India’s overall merchandise exports declined by 9.9% in July, reflecting the damage caused by the Covid-19 pandemic.

The India-China border conflict has failed to dent bilateral trade so far, with New Delhi having witnessed an impressive 23.7% year-on-year surge in exports to the neighbour to $1.74 billion in July. The deadly clash in the Galwan valley took place on June 15. In contrast, India’s overall merchandise exports declined by 9.9% in July, reflecting the damage caused by the Covid-19 pandemic.

According to the latest data sourced from the directorate general of commercial intelligence, imports from the world’s second-largest economy dropped by only 9.8% year on year in July to $5.58 billion, compared with a much steeper 29.6% contraction in India’s total goods imports during the month.

Similarly, between April and July, India’s shipments to China surged by 30.7%, even though its overall exports contracted by as much as 30%. India’s imports of the Chinese goods in the first four months of the fiscal shrank by 29.2%, while its overall merchandise imports contracted by a massive 47.9%. In fact, barring April, India’s exports to China grew every month this fiscal. Of course, the bilateral trade has been heavily tilted in favour of China and India’s exports to the neighbour are only a fraction of what it usually imports. In FY20, India’s merchandise trade deficit with China stood at close to $49 billion.

Although any spike in conflicts could ultimately spill over to trade, the relatively unhindered flow of goods so far reflects the intricate interdependence in trade that both the sides are finding difficult to shake off easily. Already, to exert a cost on Beijing for its border misadventure, New Delhi has banned well over 200 Chinese apps, including TikTok, WeChat and PubG. It will likely shut the doors on Huawei and ZTE Corp for 5G networks and has already slapped curbs on Chinese companies for participating in its public procurement programmes. Chinese firms may also find it tougher to grab some critical infrastructure projects in India, especially in the road and power sectors.

Trade sources say exports to China rose because of the fact that, among major nations, the neighbour is least affected by the Covid-19 pandemic and it has a good appetite for commodities. Also, China doesn’t seem to have applied its usual trick of resorting to various non-tariff barriers to discourage supplies from India in times of frosty political ties. Still, the momentum in bilateral trade faces significant risks from any further escalation in border conflicts, they fear. Already, India’s top two export markets – the EU and the US — have reeled under the pandemic and demand from these destinations remains subdued.

Interestingly, iron and steel remained the biggest segment of exports to China. Such exports jumped to $1,535 million in the April-July period from just $138 million a year before. Iron ore exports climbed by almost 82%, year on year, to $1,344 million in the first four months of FY21, while supplies of plastics grew 93% to $577 million and copper by 789% to $245 million. These (barring iron ore) are usually the products that India imports in large volumes from China. However, organic chemicals supplies to the neighbour dropped over 9% to $965 million between April and July.